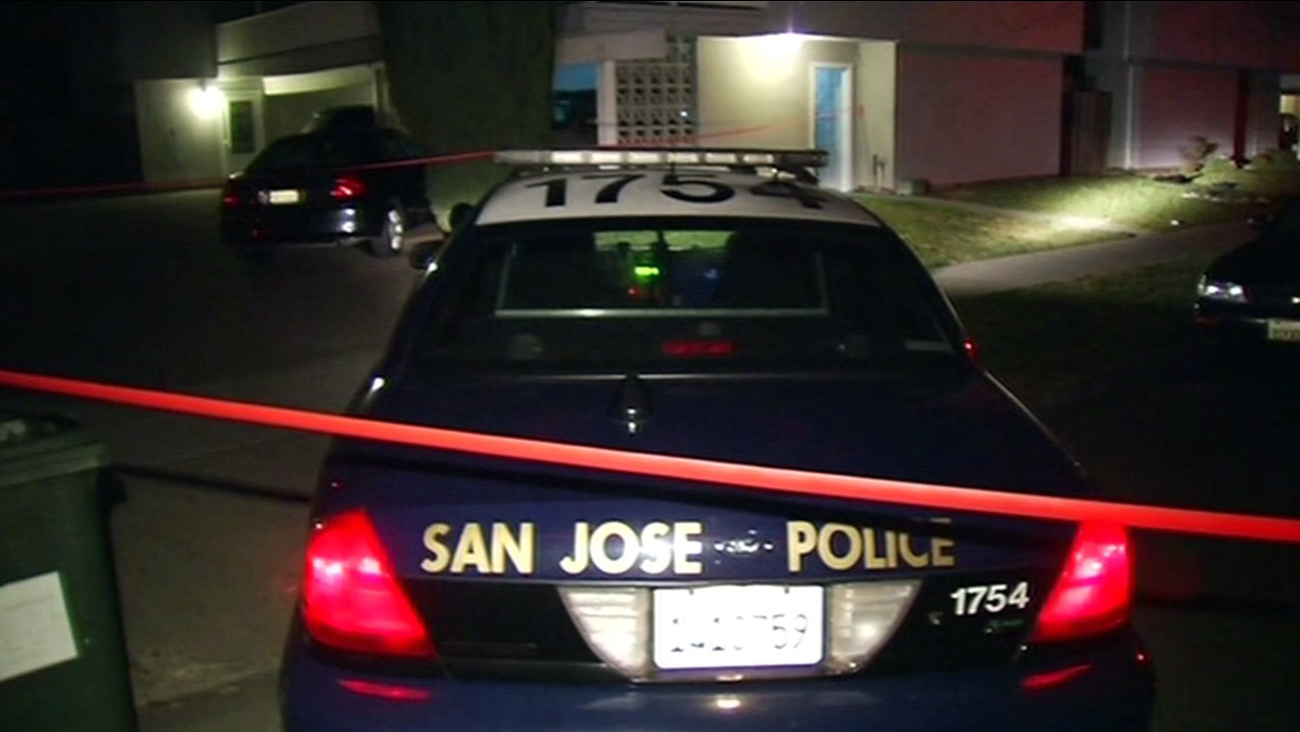 SAN JOSE (KGO) -- Police are at a neighborhood in San Jose after a man was gunned down while hanging out with friends in front of a four-plex. The victim and two of his friends were out here drinking overnight when a car drove up at about 3:40 this morning.

"Two suspects wearing all black and wearing black hats and wearing black bandanas drove up to the scene here and became involved in some type of disturbance here. The three male adults standing out in front here in the course of that conflict, a gun was produced and our victim was shot three times," said San Jose Police Lt. Chris Monahan.

The shooting took place on Stanwood Drive near Kooser Road and Blossom Hill Road. The 22-year-old man has wounds to his face, abdomen and heart. No suspects are in custody.

This is one of several shootings recently in San Jose. Most recently one at Almaden and Oak Monday night, another on Story Road on Saturday and a homicide on oak street early Saturday morning.

Homicide detectives are currently speaking with five suspects from two of those shootings who were taken into custody overnight after a high speed chase from San Jose to Pleasanton.

That means those homicide detectives are on standby as the victim in this case is in surgery with life-threatening injuries.