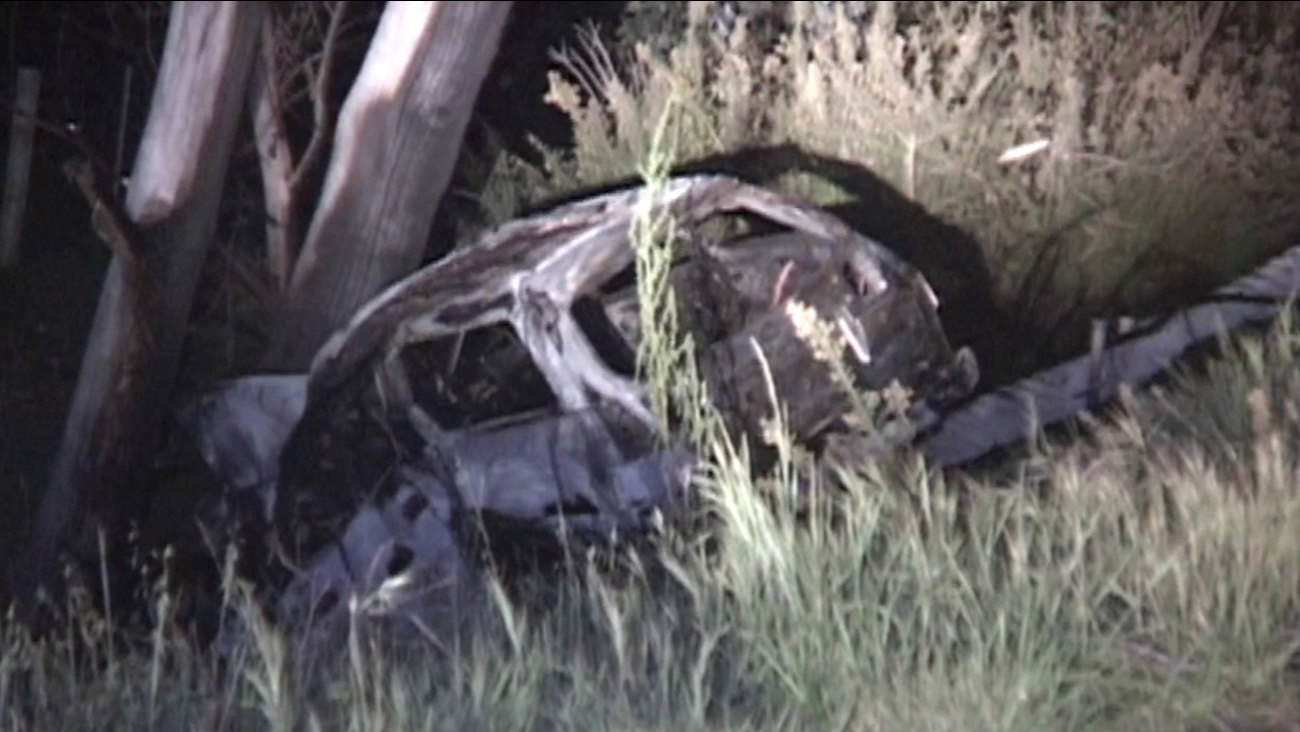 PETALUMA, Calif. -- A suspect who was brandishing a gun at a bar in Petaluma died in a fiery crash after fleeing from sheriff's deputies Monday evening, according to the Sonoma County Sheriff's Office.

The sheriff's office received a 911 call at about 6:30 p.m. about a person with a handgun in the Washoe House bar/restaurant.

The caller said the person was brandishing a gun and said he was going to kill people. At times, people could not understand what the person was saying.

The person left the bar in a vehicle as sheriff's deputies were responding to the call.

A responding deputy located the suspect's vehicle on Walker Road near Pepper Road and attempted a traffic stop. The suspect pulled over, but when the deputy left his vehicle the suspect sped away.

The suspect then led the deputy on a high-speed chase on rural roads for about ten minutes. The suspect's vehicle was traveling in excess of 100 mph at times.

The ten-minute chase ended when the suspect crashed his vehicle into a tree on state Highway 1 just north of Bodega Highway. The crash set the vehicle immediately on fire.

The deputy attempted to rescue the suspect, but the fire and severe damage to the vehicle prevented the rescue. The fire department and an ambulance responded, but the person died at the scene.

The suspect has not been identified at this time. The California Highway Patrol has taken over the investigation.