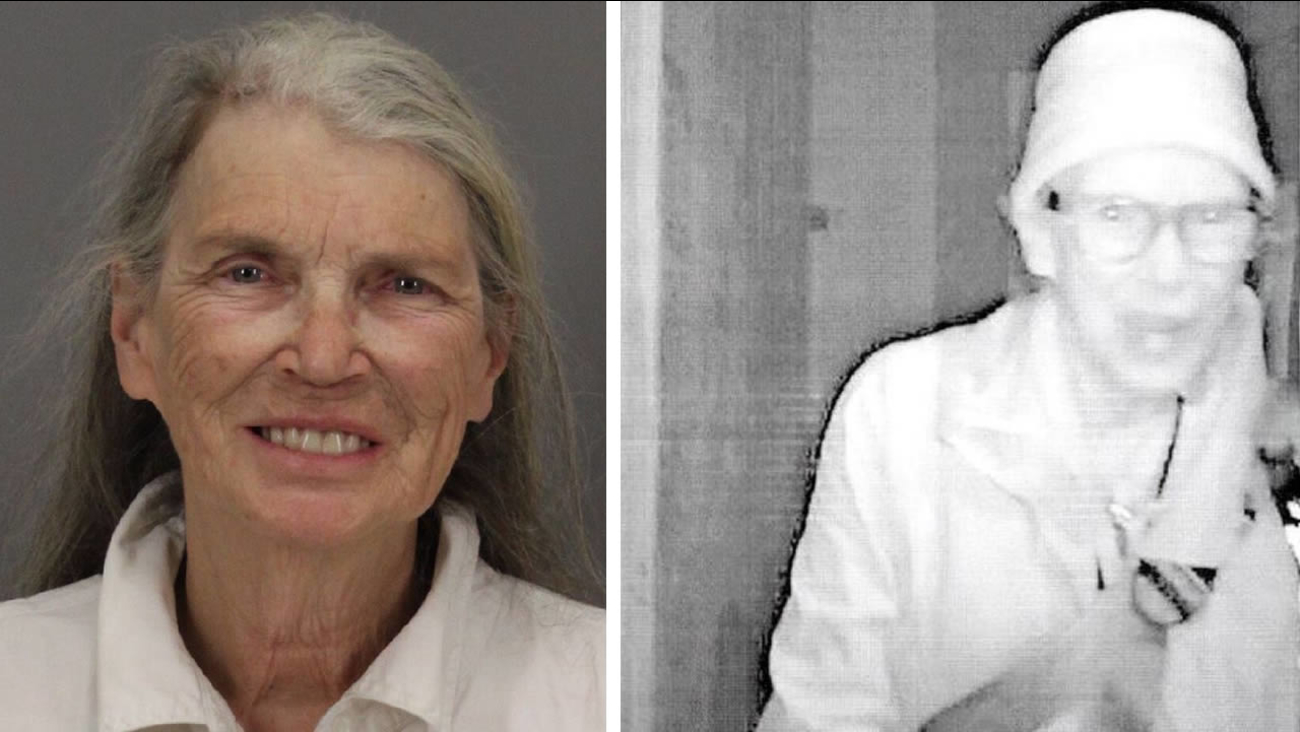 Authorities say 70-year-old Ethel Jean Hayes is suspected in a pair of burglaries at a Palo Alto church and the theft of property from a school in Los Altos.

PALO ALTO, Calif. -- A 70-year-old San Francisco woman is a suspect in a pair of burglaries at a church in Palo Alto and the theft of property from a school in Los Altos, Palo Alto police said Wednesday.

Ethel Jean Hayes was arrested Sunday and booked into the Santa Clara County Main Jail on suspicion of two counts of burglarizing the Trinity Lutheran Church in Palo Alto and possessing property stolen from the Montecito Preschool in Los Altos, police said.

On Sunday at 12:33 a.m., an employee of the church at 1295 Middlefield Road reported that an intruder had activated the church's alarm and surveillance cameras recorded images of a female suspect in the building, according to police.

Officers drove immediately to the church and did not locate the suspect, but at 1:20 a.m., an officer on patrol spotted a woman walking in the 200 block of Lytton Avenue who matched the description of the person in the video, police said.

When the officer talked to the woman, she admitted that she had been inside the church. From a search of her belongings, police found the key to the church and keys to other businesses in the downtown Palo Alto area, officers said.

Police arrested her as a suspect in the Sunday burglary at the church and in a second burglary that occurred there on Feb. 9, when a small amount of cash was taken from a church office, according to police.

During her arrest, she was also found to have documents allegedly stolen from the Montecito school at 1468 Grant Road in Los Altos, police said.

Palo Alto police are checking to see if the businesses the suspect had the keys to were victims of recent burglaries. Police do not as yet know how she came to possess the keys.