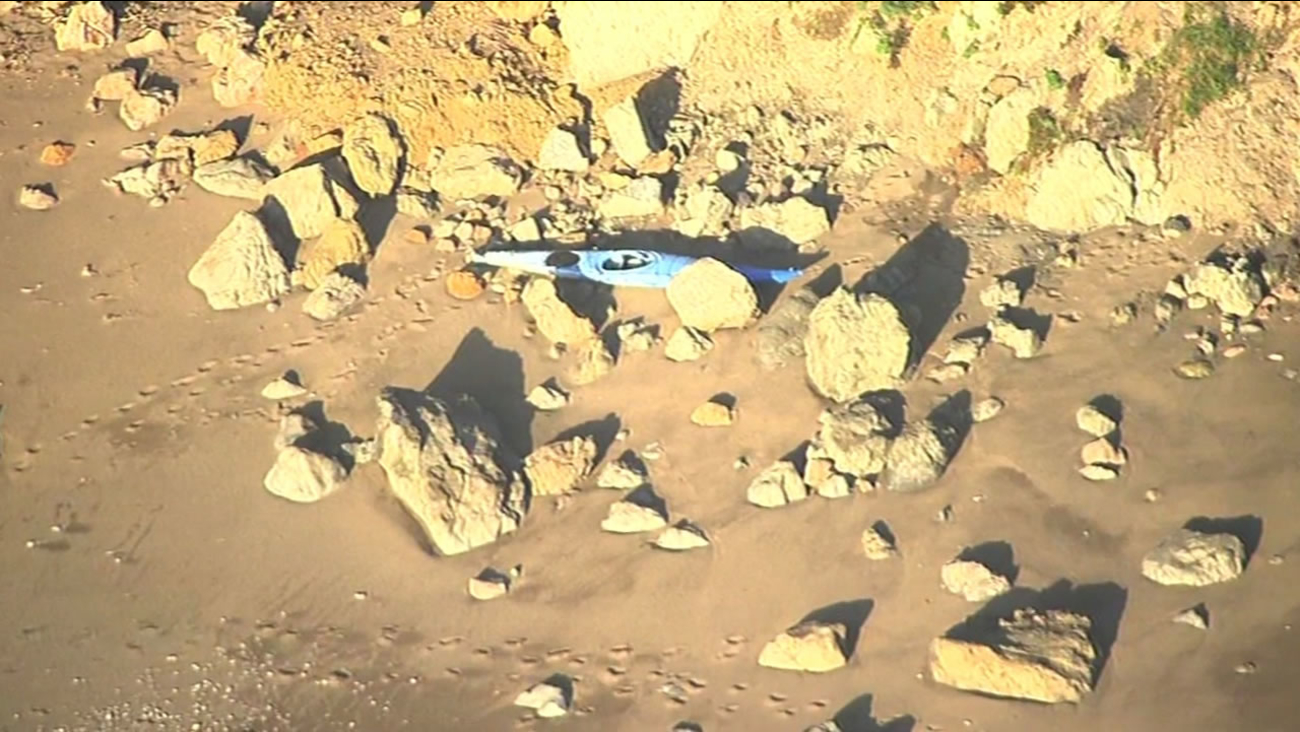 Rescuers found the body of a missing kayaker died at Dillon Beach March 19,2015.

MARIN COUNTY, Calif, -- Santa Rosa Junior College life sciences professor Nicholas Anast, who died in a kayaking accident Wednesday afternoon, was an inspirational teacher but a tough grader, according to school officials and comments by his students.

He and his students reconstructed the skeleton of a giraffe that died at Safari West Wildlife Preserve near Santa Rosa four years ago and is now on display at the Herold Mahoney Library on SRJC's Petaluma campus.

"Students would wait to take his classes. He had a great following and was beloved by his colleagues," she said.

Anast, who joined the SRJC faculty in 2005, was an outdoors man who enjoyed hiking and kayaking, she said.

"He lit up a room. He was a kind and gentle man with a great sense of humor. He will be sorely missed. He basically is that department," Rudolph said.

"He wants to ask questions that will get you thinking," one student wrote earlier this month on a page that rates faculty members. Several students praised his helpfulness and clarity, entertaining lectures
and creativity. Many said his tests were difficult but the effort he required of students in class was worth it.

Anast, 55, was kayaking with a friend on Tomales Bay along the Marin Coast and the pair had just reached a point north of Dillon Beach near the county line when they decided to turn back, Marin County sheriff's Lt. Doug Pittman said.

Anast fell into the water and when his friend turned back to help him, he found Anast's kayak filling with water. Both men fell in the water when Anast's friend tried to pull Anast from the water, Pittman said.

A fisherman reported the two kayakers in distress around 4:30 p.m., Pittman said.

A U.S. Coast Guard helicopter and Marin County firefighters retrieved the survivor from the rocky shoreline, but more than an hour passed before a news helicopter in the area spotted Anast's body, Pittman said.

Both men were wearing life jackets when they set out, according to the survivor, but Anast was not wearing one when he was recovered from the water, Pittman said.

It is not uncommon for a large or poorly secured life jacket to come loose in heavy surf or rough conditions, Pittman said.