1 detained in shootings near UC Santa Barbara; 1 suspect at large 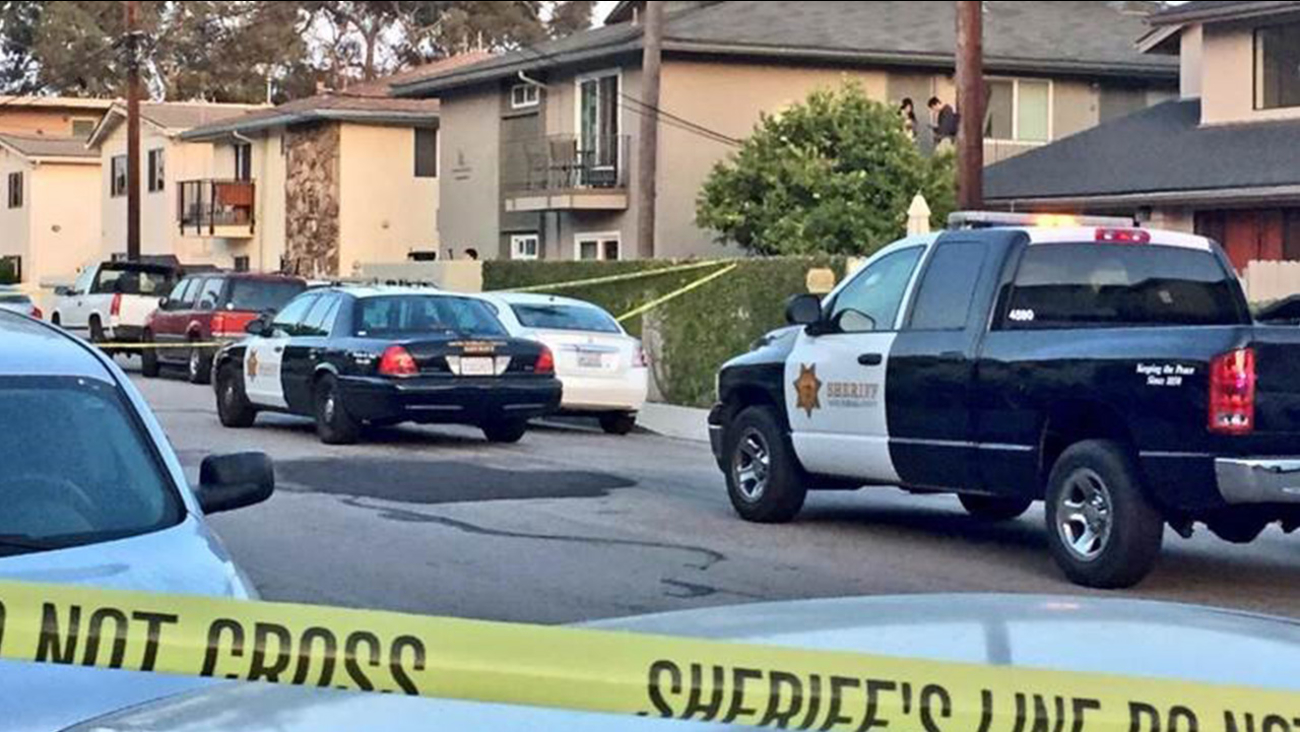 Authorities respond to a shooting in the 6500 block of Sabado Tarde Road in Isla Vista on Monday, May 11, 2015. (Laura Contaderio/Daily Nexus)

The suspect was among the three men shot in the 6500 block of Sabado Tarde Road in Isla Vista, sheriff's deputies said. Deputies responded shortly after 7:10 p.m. to a domestic disturbance call and found the three men in their 20s in need of medical attention. They were taken to a hospital.

Another man allegedly fled the area and drove toward Highway 217 possibly in a white, four-door sedan, deputies said.

Authorities searched the area, temporarily placing the campus and surrounding neighborhoods on lockdown. Though the order to shelter in place was lifted, authorities continue to search for a second suspect.

The shooting comes nearly a year after 22-year-old Eliot Rodger went on a shooting spree in the college beach town. Rodger killed six people and injured 13 others before committing suicide.

Authorities respond to a shooting in the 6500 block of Sabado Tarde Road in Isla Vista on Monday, May 11, 2015.