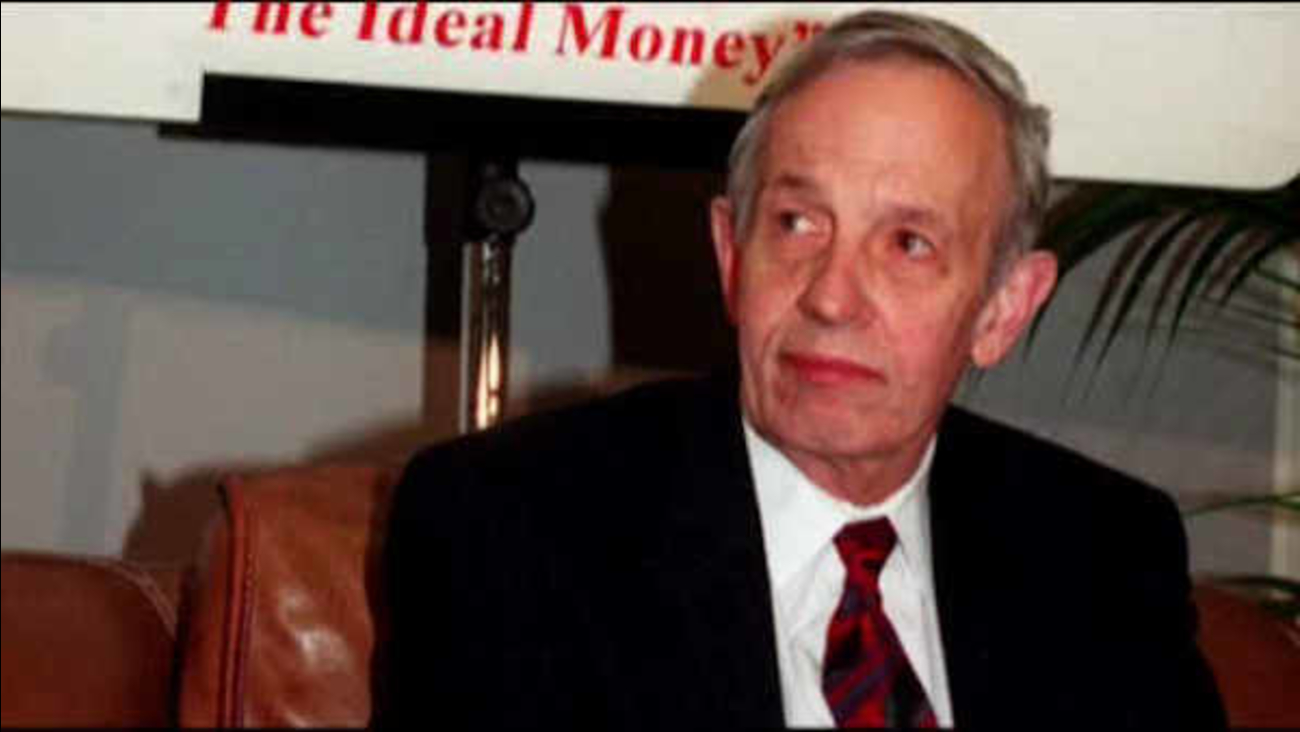 MONROE TOWNSHIP, N.J. -- The Nobel Prize-winning mathematician whose struggle with schizophrenia was chronicled in the 2001 movie "A Beautiful Mind" has died in a taxi crash along with his wife in New Jersey. John Forbes Nash Jr. was 86.

According to the New Jersey State Police, Nash and his wife of nearly 60 years, Alicia, died Saturday in the crash at about 4:30 p.m. Saturday on the New Jersey Turnpike in Monroe Township.

The Nashes were in a taxi heading southbound in the left lane of the turnpike.

The driver of the cab, a Ford Crown Victoria, lost control while passing a Chrysler which was in the center lane.

The cab crashed into the guard rail, and both Nashes were ejected. They were pronounced dead at the scene at 5:18 p.m.

Their cab driver was identified as Tark Girgis, 46, of Elizabeth. He needed to be extricated from the vehicle and was taken to Robert Wood Johnson University Hospital in New Brunswick with non-life-threatening injuries.

The driver of the Chrysler is identified as Lisa Hoyt. Her car also crashed into the guard rail. She suffered pain and bruising.

The Nashes were on their way home from Newark Airport having just flown back from Norway where John Nash was awarded the Abel Prize for mathematics on Tuesday.

Police say it is still unclear whether the victims were wearing seatbelts.

The accident happened in the same general area as the June 2014 crash that injured comedian Tracy Morgan, near Interchange 8A.

State police say the crash is still under investigation but, as of now, there is no suspicion of drugs or alcohol on the part of the drivers.

Nash, originally from West Virginia, won the Nobel Prize for Economics in 1994 and was a senior research mathematician at Princeton. He was portrayed by Russell Crowe in the film "A Beautiful Mind".

In a statement, Princeton University President Christopher L. Eisgruber said:
"We are stunned and saddened by news of the untimely passing of John Nash and his wife and great champion, Alicia. Both of them were very special members of the Princeton University community. John's remarkable achievements inspired generations of mathematicians, economists and scientists who were influenced by his brilliant, groundbreaking work in game theory, and the story of his life with Alicia moved millions of readers and moviegoers who marveled at their courage in the face of daunting challenges."

Known as brilliant and eccentric, Nash was associated with Princeton University for many years. He won the Nobel Prize in economics in 1994 for his work in game theory, which offered insight into the dynamics of human rivalry. It is considered one of the most influential ideas of the 20th century.

Just a few days ago, Nash had received a prize from the Norwegian Academy of Sciences and Letters in Oslo with New York University mathematician Louis Nirenberg, who said he'd chatted with the couple for an hour at the airport in Newark before they'd gotten a cab. Nirenberg said Nash was a truly great mathematician and "a kind of genius."

"We were all so happy together," Nirenberg said. "It seemed like a dream."

John David Stier, Nash's son with his first wife, said he learned of the death Sunday morning. "It's very upsetting," he said.

The film "A Beautiful Mind" won four Oscars, including best picture and best director, and generated interest in John Nash's life story. The movie was based on an unauthorized biography by Sylvia Nasar, who wrote that Nash's contemporaries found him "immensely strange" and "slightly cold, a bit superior, somewhat secretive."