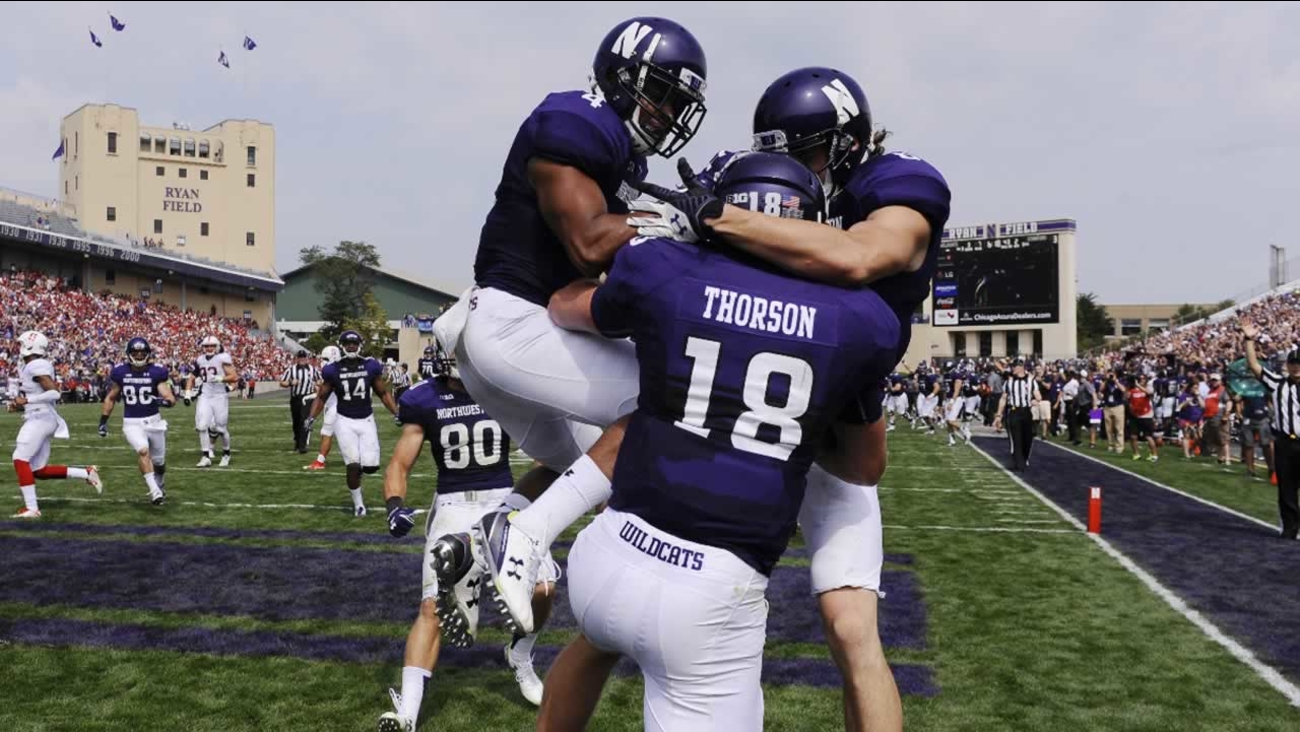 EVANSTON, Ill. -- Northwestern wanted to prove a point against No. 21 Stanford, and drove it home with a strong running game and solid defense that produced a season-opening surprise.

Anthony Walker broke up two passes and had a fumble recovery, and Kyle Queiro intercepted Kevin Hogan in the end zone with about a minute left to seal the win.

Thorson scored the game's only TD in the second quarter. He also threw for 105 yards, completing 12 of 24 passes.

Jackson carried 28 times. Jack Mitchell kicked three field goals, including a career-long 49-yarder that made it 16-6 with 3:38 left in the game, and the Wildcats started the season on a winning note.

It was just what they needed after back-to-back 5-7 finishes, a run that followed five straight bowl appearances.

Stanford, coming off an 8-5 season that snapped a string of four consecutive BCS bowls, clearly has some work to do.

Hogan had a rough afternoon, going 20 of 35 with 155 yards and an interception. He was sacked three times.

Christian McCaffery ran for 66, and the Cardinal managed just 240 yards on offense.

They showed some of the form that carried them to four straight seasons with at least 11 wins on the game's opening possession.

But Northwestern tightened its defense, forcing Stanford to settle for a 29-yard field goal by Conrad Ukropina to finish a 12-play drive.

The Wildcats tied it on a 31-yard field goal by Mitchell with 52 seconds left in the first quarter. Thorson, who starred at suburban Wheaton North High School about 40 miles from Ryan Field, made it 10-3 midway through the second when he took advantage of a big hole on the left and scored on a 42-yard keeper.