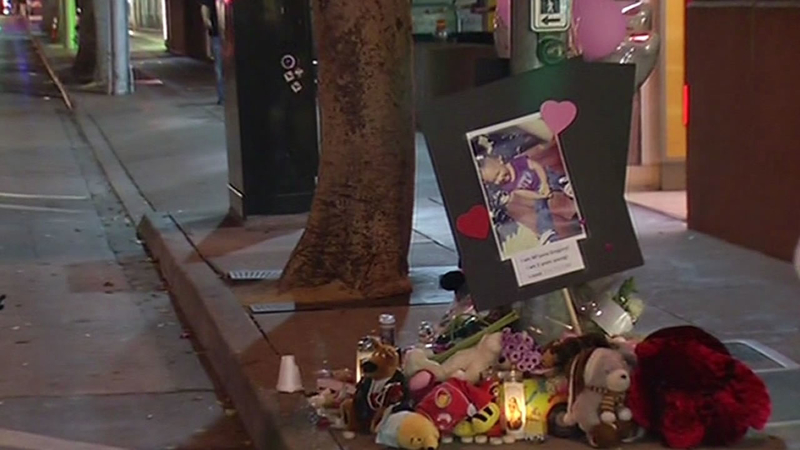 SAN FRANCISCO -- The aunt of the 2-year-old girl that was killed in a hit-and-run crash in San Francisco's South of Market District last Friday was arrested Tuesday for child endangerment.

Loyresha Gage, 25, of San Francisco, was caring for 2-year-old Mi'yana Gregory, also of San Francisco, and the pair crossed Mission Street between Fourth and Fifth Streets against the pedestrian signal around 10:30 p.m., police said.

The pedestrian signal was properly working at the time, according to police.

Gage allegedly walked with Mi'yana to the middle of the street and left her there to retrieve the toddler's twin brother on the sidewalk, police said.

A vehicle traveling east on Mission Street on a green light then struck and killed Mi'yana, police said.

The vehicle, which still remains at large, is described as a white mid-1990s four-door sedan, possibly a Toyota Camry, Honda or Lexus, with a dark-colored mismatched front bumper and dark or black rims, police said.

Gage was arrested on suspicion of felony child endangerment and booked into San Francisco County Jail.