KABC
By ABC7.com staff
The body of a 5-year-old boy reported missing in South Pasadena several months ago has been found near a Santa Barbara County lake, homicide detectives confirmed Saturday.

Aramazd Andressian was found near Lake Cachuma on Friday, just hours after his father was extradited from Las Vegas to Los Angeles for his murder.

Based on "additional leads developed in the case," homicide detectives returned to the lake on Friday in an effort to locate additional evidence, according to the Los Angeles County Sheriff's Department. It was then that the boy's body was found.

No further information about the boy's discovery was released.

Eyewitness News reached out to the child's mother on Saturday, and she responded with three broken heart emojis.

The boy's father, also named Aramazd Andressian, was arrested last week in Las Vegas for the boy's killing. Although the body had not yet been found, police said they had presented enough evidence in the case to the Los Angeles County District Attorney's Office and obtained a murder filing against the suspect.

The boy was last seen in the early morning hours of April 21 leaving Disneyland with his father, grandmother and aunt.

A day later, Andressian Sr.'s estranged wife reported her son missing after the father did not drop the boy off as scheduled. The man was found passed out in his car at a South Pasadena park and the child was nowhere to be found. 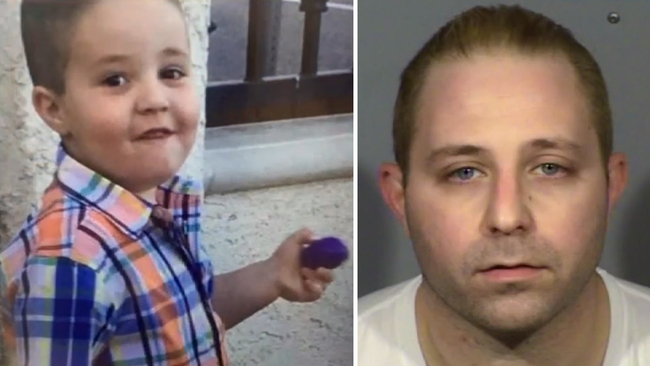