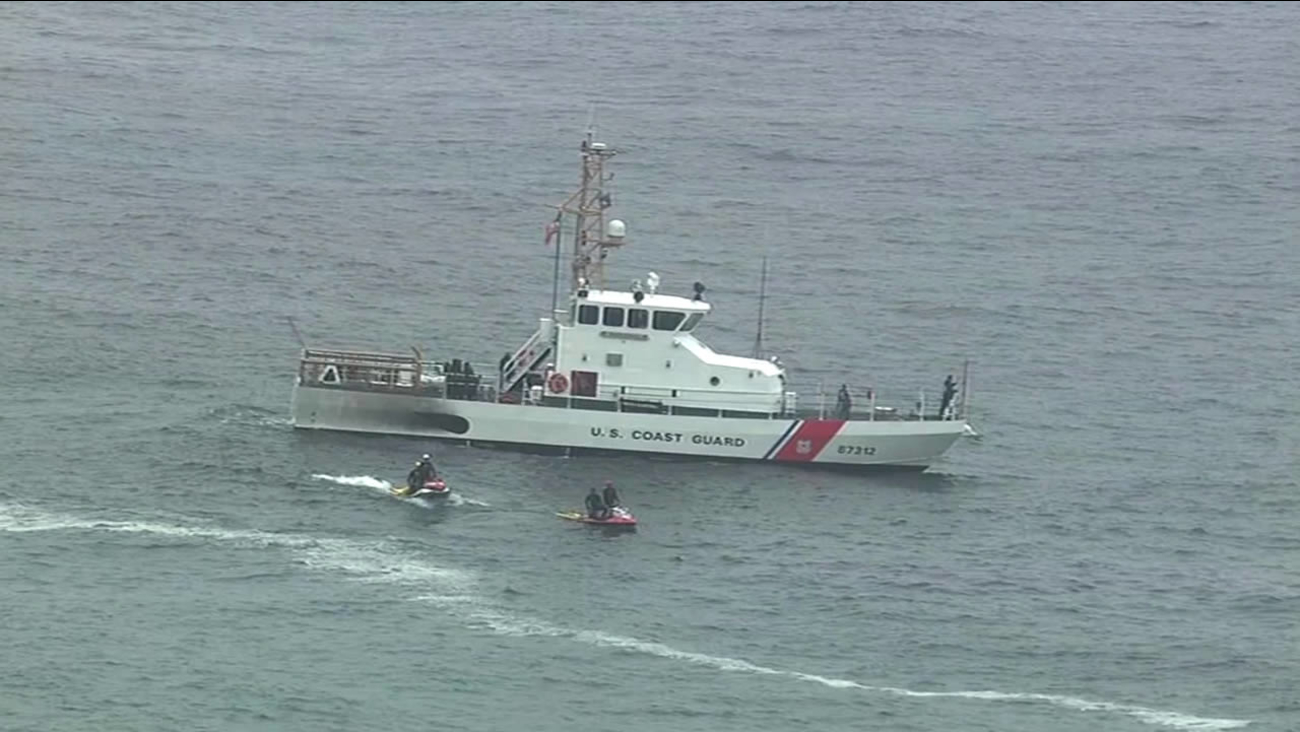 The U.S. Coast Guard searches for two missing fishermen in Bodega Bay, Calif. on April 18, 2015. following a boating accident that killed two others onboard. (KGO-TV)

MARIN COUNTY, Calif. (KGO) -- The family Ryan Viall has confirmed that his body was recovered yesterday off the coast of Marin County. Viall was on a boat that didn't return to Bodega Bay on Friday after a fishing trip. Three of the boaters are from Santa Rosa.

The four aboard were supposed to have a leisurely salmon fishing day on the 21 foot boat. Viall 28, was youngest aboard. His friend, 39-year-old Dave Brennan, remains missing.