Calls mount for SFFD Chief Hayes-White to step down

KGO
SAN FRANCISCO (KGO) -- San Francisco Fire Department Chief Joanne Hayes-White has lost the support of everyone in the department who voted Thursday. And later that night, the fire commission met for hours to talk about her fate.

San Francisco firefighters paraded in and out of the Irish Cultural Center on Thursday morning. They were there to vote on whether to join calls for Hayes-White to step down. As many as 200 of the city's 1,400 rank and file voted they have no-confidence in Hayes-White.

San Francisco Firefighters Local 798 secretary Lt. Floyd Rollins II calls the response overwhelming. He told ABC7 News, "They're the men and women who show up at the front door of anyone who calls for 911 and a statement of no confidence is pretty profound. It's not a personal attack. It is a business decision about the direction of the department that we all work for."

The heads of all the employee groups presented a letter to Mayor Ed Lee last month, citing a grave crisis of confidence in Hayes-White. And last week, the battalion chiefs and others in management did the same. We're told that Thursday there was virtually no support for the chief.

"I go back to the crisis of our EMS system," said Lt. Heather Buren. "And I believe our mission of the fire department is to protect the life and property of the people of San Francisco. And the state of our EMS system right now is not allowing us to do our job."

Many firefighters tell us slow ambulance response time is the straw that broke the camel's back.

On Wednesday, the fire department arrived at a building in the Sunset District after carbon monoxide alarms went off. A 94-year-old man suffered a heart attack and dispatch records show the ambulance arrived eight minutes after the maximum response time. He died, but Hayes-White said Thursday that an emergency medical technician was already on the scene.

"The patient received immediate medical care because it was witnessed by our members who were right in front of him, providing cardiopulmonary resuscitation," she said.

The mayor has been standing by the chief. On Thursday, he called the crisis of confidence in the department a challenge.

"Our fire commission and I share the responsibility in evaluating the chief's performance," he said. "And we have committed to doing that, and that's where we're at."

A San Francisco fire commissioner is calling on cool heads to prevail. The commission met late into the night Thursday to talk about Hayes-White's leadership.

Of the firefighters who voted ,only two say they still support the chief. Regardless, Chief Hayes-White says she feels affirmed and the commission isn't rushing to take action.

Fire commissioner Ken Cleaveland calls the vote disappointing and premature. He said, "There's no reason in the world for us to jump the gun here without having some very defined performance standards to which she is to be held."

Despite this week's vote, the chief says she's confident things are headed in the right direction. Hayes-White told ABC7 News, "I've reached out to all the employee work groups. I've met with two earlier this week and have asked for all the other employee groups to come together. I think the only way we can resolve things is to have a face to face, as opposed to speculation, letters being written and so forth." 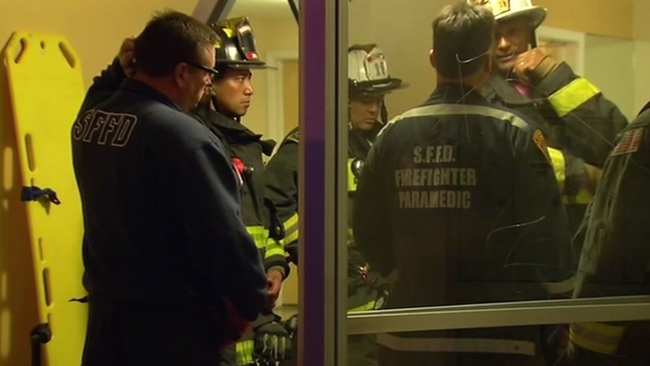 I-Team: SFFD members may give no-confidence vote in chief 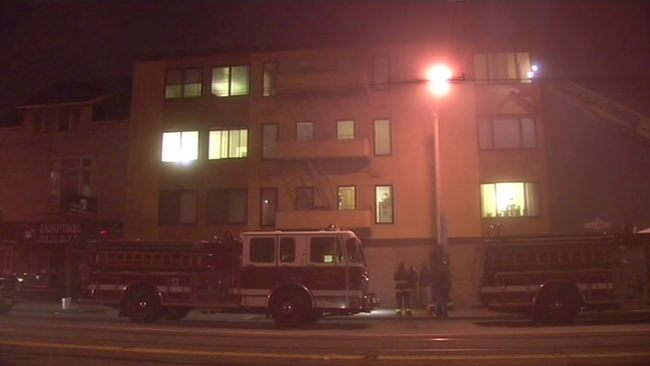 One person dies after SFFD responds to carbon monoxide alarm 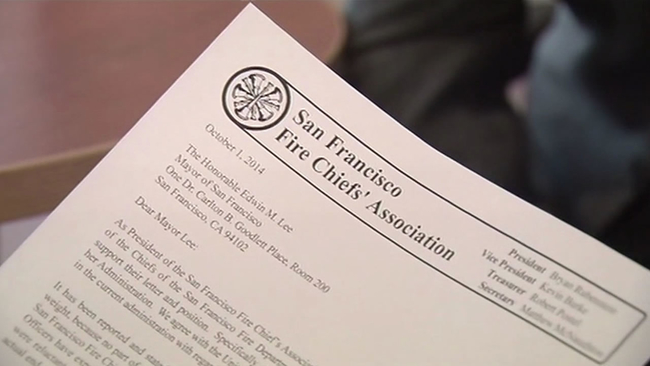 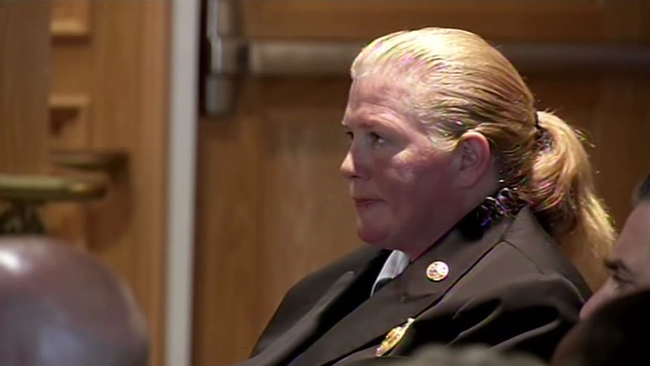