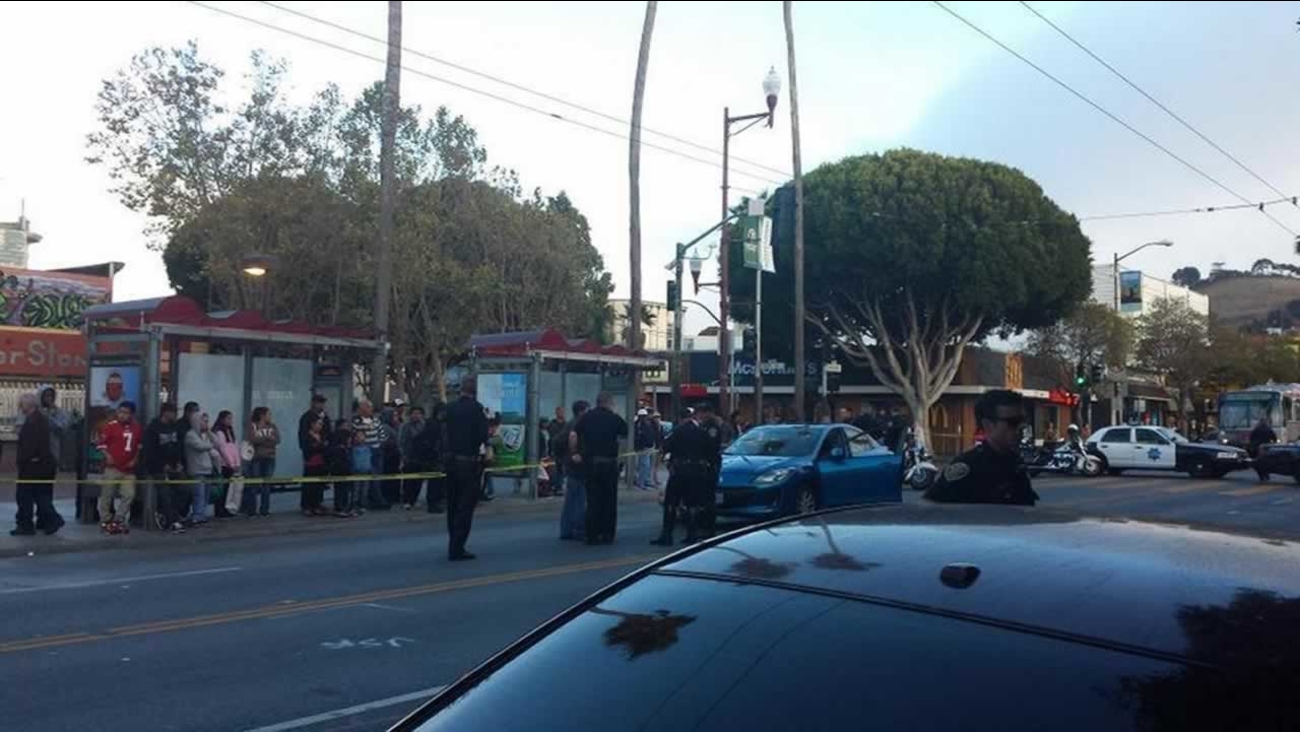 SAN FRANCISCO (KGO) -- A pedestrian was struck and seriously injured while trying to hail a cab at 24th and Mission streets in San Francisco. The accident happened about 6:15 p.m. Sunday.

Witnesses tell police the male victim ran into the street to try and catch the cab and that's when another car hit him. Police say the driver of the car that hit him did stop at the scene and has been detained for questioning.

The victim is being treated at San Francisco General Hospital but is described as having life threatening injuries.

Police say they were nearby when the accident happened because they were running an undercover pedestrian sting.