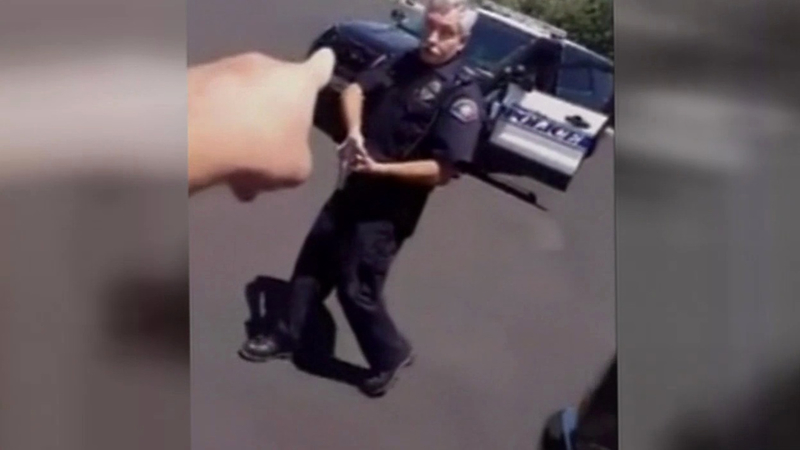 ROHNERT PARK, Calif. (KGO) -- A man who recorded a Rohnert Park police officer pulling a gun on him is now filing a civil rights claim against the city and the officer is now answering the accusation.

"The purpose of the brandishing of the weapon was apparent. It was to harass him, it was to intimidate him," McComas' attorney Jarin Beck said.

"You have your gun out because you're a police officer and you're trying to intimidate me and this is going all over YouTube," McComas said in a video he shot.

"No one died, but It's a situation where police can't do this. They're the people who are supposed to be protecting us and we shouldn't feel like we need to protect ourselves from them," Beck said.

Beck has filed a claim against the department alleging civil rights violations and intentional infliction of emotional distress.

The incident happened July 29 as McComas was loading his boat outside his Rohnert Park home. "What have I done? Answer me, what have I done," McComas asked.

Doug Foley, the attorney for officer Rodriguez, released a statement saying: "While some aspects of their contact were captured on video, Rodriguez is eager to share a complete accounting of the vents which led to his contact with Mr. McComas."

In the meantime, Rodriguez has been placed on paid administrative leave and the city announced its launching an independent investigation of the incident.