Bay City News
VALLEJO, Calif. -- In the East Bay late Friday night, a brush fire in Vallejo threatened four homes, but fire crews were able to save the homes. Firefighters said it was burning near the residential area of Ascot Parkway and Hawkesbury.

It burned about five acres up a steep hill.

Earlier on Friday, there was a 45-acre fire just a mile away at Ascot Parkway and Georgia Street. Firefighters kept it from reaching nearby homes and contained it.

In Vallejo and unincorporated Solano County, fire crews responded at 1:50 p.m. to a report of a fire near the intersection of Ascot Parkway and Georgia Street, Vallejo fire Capt. Dan Sarna said.

Sarna said wind pushed the fire away from homes in the area and sent the flames towards the surrounding open space. There were several farm houses in the vicinity that would have been threatened by the blaze had firefighters not acted quickly to contain it or had the wind driven the flames further, Sarna said.

No structures were damaged and Sarna said no homes were threatened by the fire.

Roughly 30 firefighters from Vallejo, Cal Fire and surrounding communities responded to the blaze and they were able to contain it by about 5 p.m.

Sarna said ensuring the fire crews had a steady water supply was a concern and he credited Cal Fire's helicopter crew with helping battle the blaze from the sky.

Fire crews will be stationed overnight to ensure that no hot spots reignite. The cause of the fire is still under investigation. 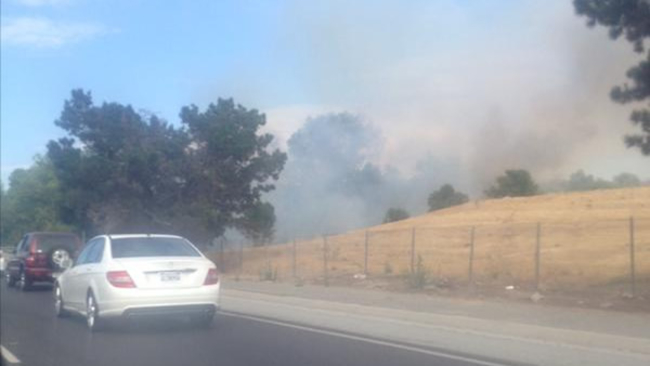 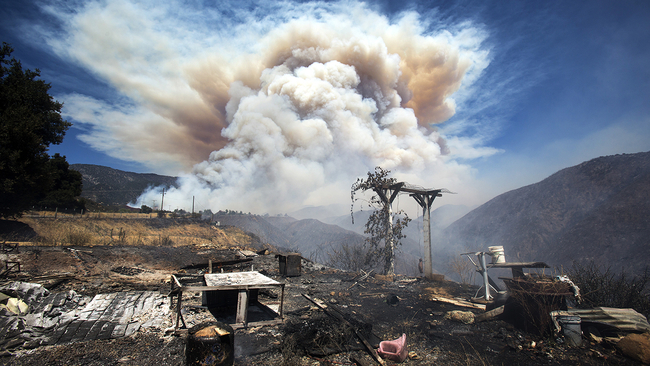