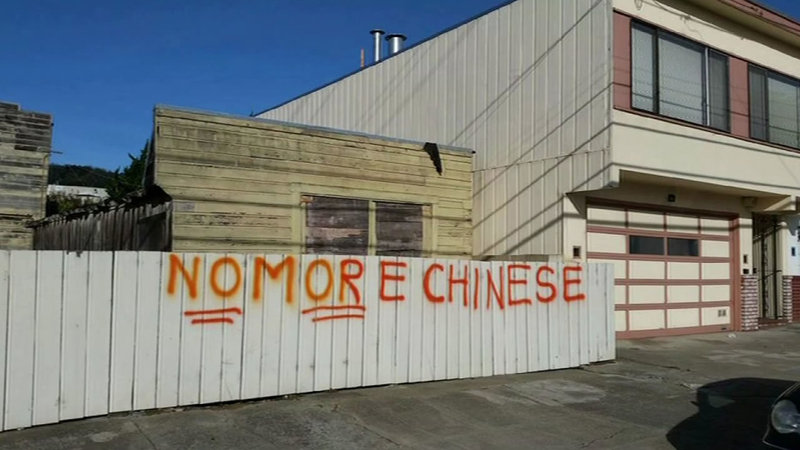 The graffiti is being removed, even as police try to find the person or people who did it. 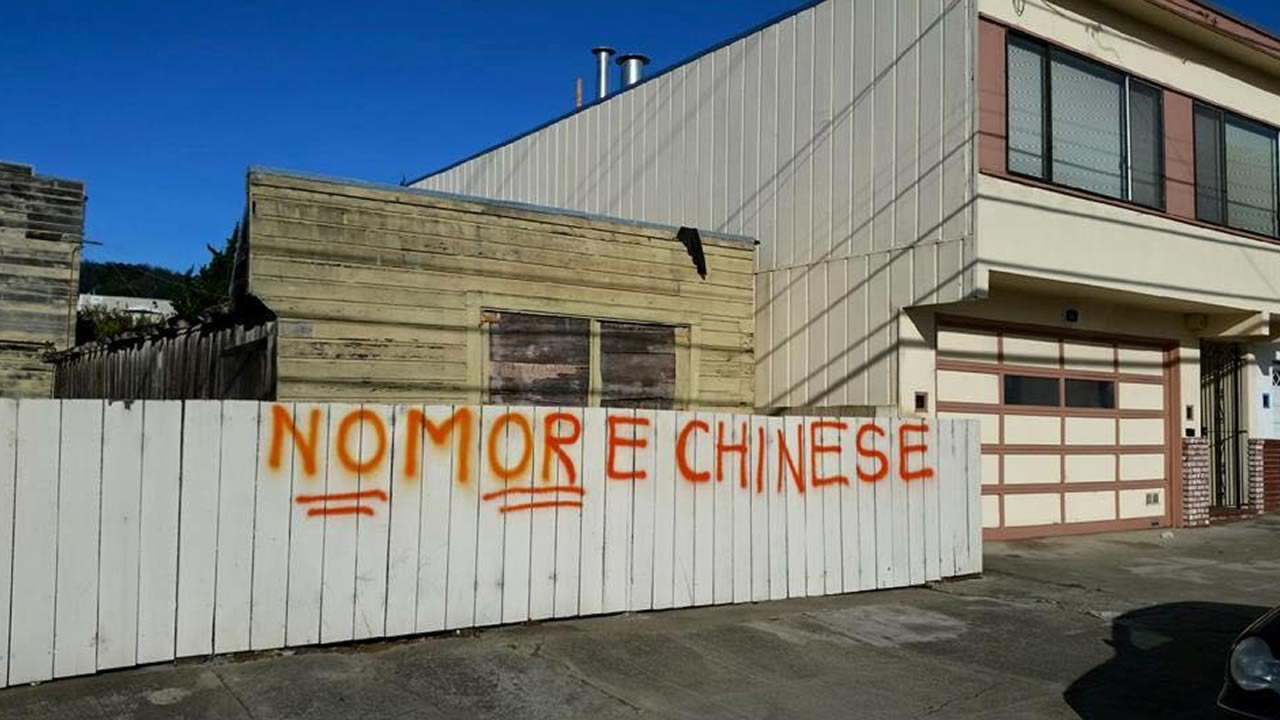 Many people took to their phones and began sharing pictures of the vandalism on Facebook and the neighborhood website called Nextdoor. Shortly after the messages of hate were transformed.

Tommy Luk was one of several Portola residents surprised to see the words, "No more Chinese," spray painted on fences, sidewalks and buildings throughout the neighborhood.

"I'm sad. I'm disappointed that someone can think that way about such a major group of people," Luk said.

Luk called the police non-emergency line and even stopped by in person to make a report.

"I don't know what have we done to deserve this," said Any Yang, another resident.

Some residents believe the writing, which appears to be the same in every instance, may have been done by someone who lives in the neighborhood.

"I think they feel they're getting squeezed out of the neighborhood, out of the city, and this is their way of reacting," Luk said.

Neighbors took to transforming the messages of hate either by crossing out the no or in one case changing it to a heart.

"That was amazing. The message has totally changed, love more Chinese, or love everyone in the neighborhood," Luk said.

Employees with The Department of Public Works scrubbed off what was left.

"I understand this is a predominantly Chinese neighborhood and it's hurtful. This is a school. That's a ballpark. The kids shouldn't see that in the morning," said Chris Burwell of the Department of Public Works.