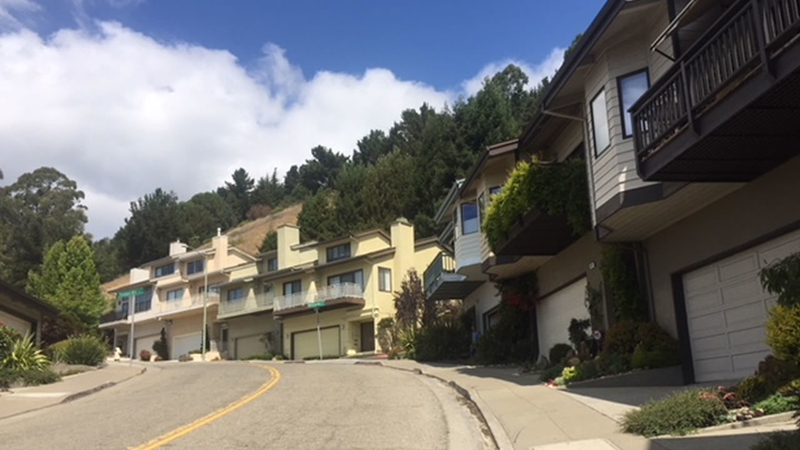 OAKLAND, Calif. (KGO) -- The devastating fires of last year in the North Bay, and those since then in Redding and Clear Lake, are having a ripple effect on homeowners here in the Bay Area. Some are getting notices from their insurance companies saying their homeowners insurance won't be renewed due to high fire danger.

RELATED: Do you have enough fire insurance?

For instance, Oakland's Hiller Highlands burned to the ground three decades ago, in 1991, but the neighborhood hasn't seen anything like it since.

Still, Hiller resident Fred Perkins received a letter from his insurance carrier saying his 15-year-old homeowners policy was not being renewed. The reason: "The property listed poses an unacceptable risk for wildfire."

"I was disappointed," said Perkins, who told us he's learned about a half dozen of his neighbors received similar notices. "We have an active fire abatement program going on in this neighborhood and we have an inspection every year by the fire department, and there's nothing to suggest to me that this is any more vulnerable than any other location."

According to the California insurance department, non-renewals in areas with potentially high fire danger have increased in recent years, but the vast majority of homeowners can still find insurance. Between 2015-16, they increased 15 percent and that was before last year's devastating North Bay fires, which cost the insurance industry billions in losses.

His neighborhood hasn’t had a fire in 3 decades yet some #Oakland residents are receiving letters from insurance companies saying their homeowners insurance won’t be renewed due to fire danger. Now what? #ABC7now pic.twitter.com/c8DLLaJMIy

"It is a problem, a growing problem," said California Insurance Commissioner Dave Jones. "One that we have made recommendations to the legislature to try to get ahead of this problem before it becomes a crisis, but we're not at a crisis yet."

"The North Bay fires were a $9 billion loss for the industry," said Scott Halbrook, the owner of Halbrook Insurance, which does a lot of business in the Oakland Hills.

Halbrook told us while some companies are runinng from the hills, many others are sticking around -- though often for a price.

"There are options through brokers," explained Halbrook, "where brokers have maybe six or eight options, or options for a particular property, depending on the risk. There's a scale to the risk."

If you need help shopping for residential homeowners insurance, visit this page.

If consumers need help, of any kind, regarding their policies, a claim, or shopping for insurance, they should call the California Department of Insurance consumer hotline at 800-927-4357.