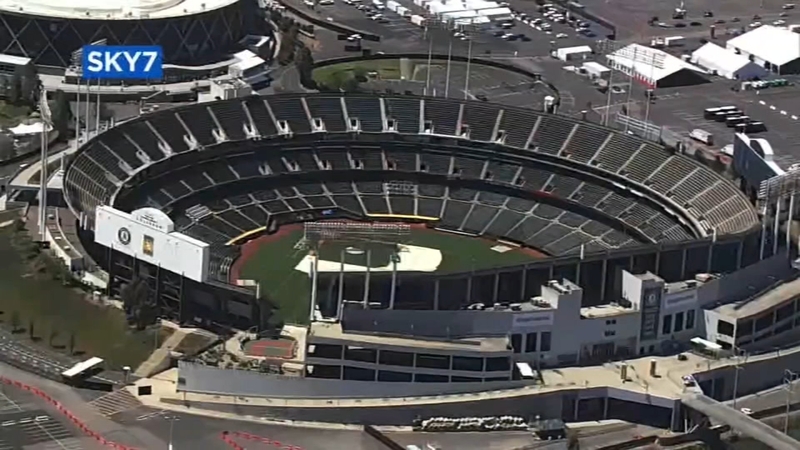 OAKLAND, Calif. (KGO) -- Tuesday morning the Oakland A's confirmed that team officials will visit the Las Vegas area next week to explore moving the ballclub there.

The Las Vegas Review Journal is reporting that a group headed by Dave Kaval, team president, will meet with Nevada government officials over several days.

Amid reports that Oakland A's officials will be heading to Las Vegas to meet with government officials, the team's president sat down with ABC7 News to give an update on the effort to find a new stadium.

Las Vegas is one of six cities mentioned as possible suitors for the A's, as the team tries to win approval for a new waterfront ballpark in Oakland.

Vice-Mayor Rebecca Kaplan has requested a vote on the project at the city council's meeting on July 20.