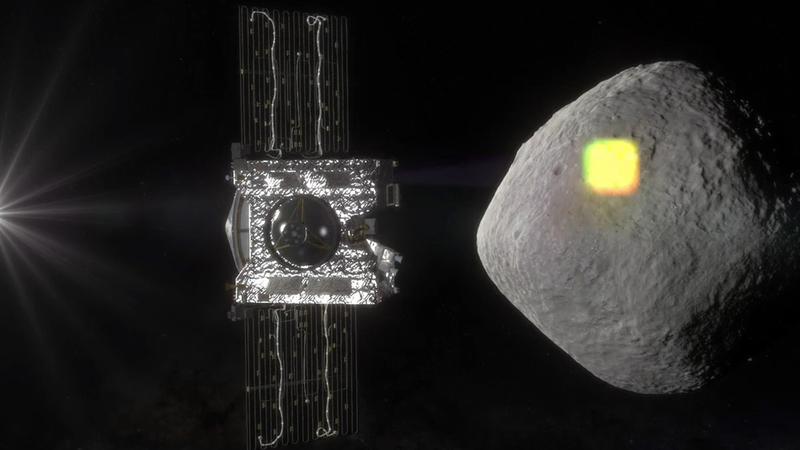 CAPE CANAVERAL, Fla. -- NASA has launched a seven-year mission which could unlock secrets from the beginning of life on Earth and could even help save the human race in the future.

The OSIRIS-Rex mission is targeting an asteroid 509 million miles away known as Bennu. "Humanity has never ever been able to touch, taste, and explore a primitive object like asteroids like Bennu," said NASA Chief Scientist Dr. Paul Garvin.

The spacecraft will rendezvous with the asteroid, study it and take a sample from it. Scientists want to study it because it could contain the building blocks of life. "Getting a sample of that back in the lab will help us understand much better how water got to Earth -- the form the water was in and maybe even what the raw materials of life were," said NASA's Michael Zolensky.

The spacecraft must orbit close enough and steady enough at an average speed of 63,000 miles per hour to collect the sample. It will then safely transport that material (just short of five pounds worth) back to Earth. That's not a lot of material, but scientists say never before has that large of an amount been brought back to earth from an asteroid.

"It's super difficult to do," Zolensky said.

Another reason to study the asteroid: It's as tall as the Empire State Building and, every six years, it comes uncomfortably close to Earth. NASA says there's a 1-in-3000 chance it could collide with us in the 22nd century. "It would at least be catastrophic, I'm not sure it would end all life on Earth, but it would be a bad day," said Zolensky.

Learning more about the asteroid, its composition and orbit could help NASA figure out a way to avoid such a global catastrophe. Scientists say they hope to learn how to change the course of the asteroid by studying its composition, orbit and reaction to sunlight and the gravitational pull of the nearby spacecraft.