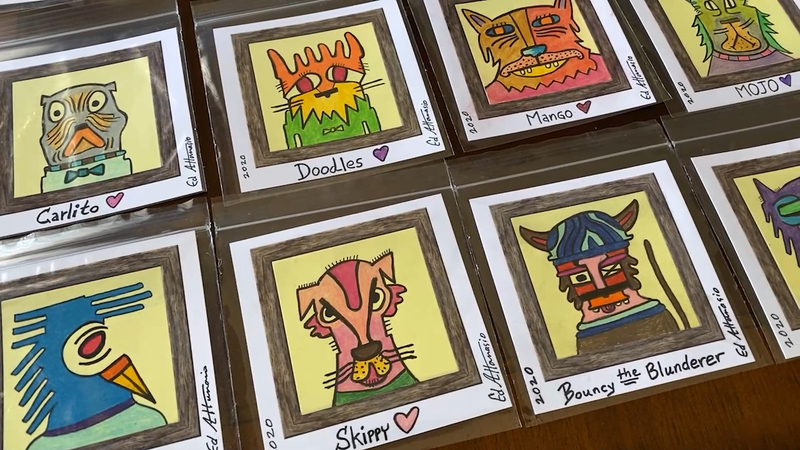 CASTRO VALLEY, Calif. -- After East Bay artist Ed Attanasio's ad agency closed down due to the pandemic, he decided to start the "Pandemic Pet Project," an art campaign designed to raise money for animal shelters around the world.

"It's real simple," Attanasio explains. "They send me pictures of their pet and they message me their mailing address, and they get an original piece of art."

Attanasio's vibrant, one-of-a-kind artwork is hand-drawn on a small 3-by-3 Post-it Notes.

Attanasio is using his art for good by asking participants to donate to animal shelters.

"The idea is hopefully that they pay it forward to the pet rescue of their choice," Attanasio shares. "The default charity has been Muttville."

"The pets keep coming, and I am just going to keep drawing," Attanasio reveals. "That's the idea of this whole thing, raising money while making people happy during uncertain times."