Only On ABC7News.com: Craig Schulz talks about staying true to 'Peanuts' legacy in new movie 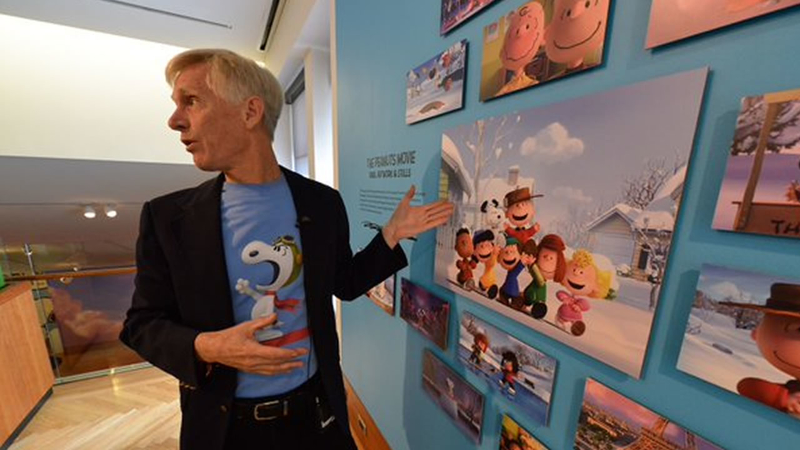 It's been a long time coming. The "Peanuts" are coming to the big screen and like they've never been before, in full 3-D.

Charles Schultz's son spoke to ABC7 News about how true it will be to the original comic strip.

"You can come back and read it from when you're a kid growing up to when you're getting a bit old and gray, and each time with life experiences you can get different things out of it," said Peanuts fan Tim Anthon.

"It is a constant in my life. I have never known not having it," said one visitor to the Charles Shulz Museum.

If you look carefully through 17,897 strips over 65 years there were always subtle changes. There's quite a few details in a strip from the 1950s but by 90s, almost minimalist. Now there's a new Peanuts movie coming out, which is anything but.

Schulz, who, with his son has written a new Peanuts movie due to be released Nov. 6. Some peanuts purists are having a difficult time getting their heads around that.

"When you've got something that's something is filled in, and there's nothing to think about, you don't have to think," Anthon said.

This is a digital age, with a new audience. Ask Schulz and he'll go into great detail about keeping the details just right

"The outlines of the clouds. If you drew that line on that cloud, that would be exactly like my drew it in the comic strip," Schulz said.

Is it possible for a traditional comic strip to evolve in a digital age while characters remain the same, don't bet against it, especially when the same characters still ring true.

#peanuts Anyone who knows the history of this strip knows how Charlie has subtly changed through the years. pic.twitter.com/azSV8yXZkS