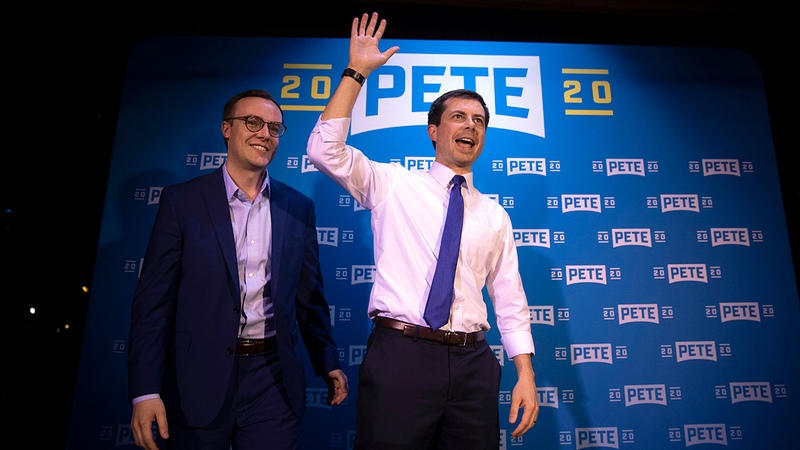 SAN FRANCISCO (KGO) -- Democratic candidate for president, Mayor Pete Buttigieg was in the Bay Area Friday. He held a fundraiser at $25 a ticket at The Regency Ballroom in San Francisco.

Chasten Glezman brought his husband Pete Buttigieg to the stage of this grassroots fundraiser.

"I get it, the other side has "'Lock her up,' 'Build a wall.' We've got freedom and democracy. That's a good bumper sticker," said Buttigieg.

Buttigieg told the crowd, he supports reproductive rights for women and believes climate change is real.

'it's time to treat climate like the national security issue is it," the candidate said.

Buttigieg a rising star in the Democratic party. The mayor of South Bend, Indiana, a Veteran and Harvard grad.

So far- He's been successful in fundraising across the golden state.

"It's about raising money, but it's about raising profile. We've seen this guy rocket from a nobody to someone who's getting noticed around the country," said Politico writer, Carla Marinucci.

Mainly because he's different from the other candidates. A gay married man.

Liana Brady from Hillsborough brought her son Eli to the event.