A bizarre hour-long chase of a box truck across L.A. County ended with authorities arresting the suspect.

LOS ANGELES -- A bizarre hour-long chase of a box truck across Los Angeles County Thursday night ended with authorities arresting the suspect, who attempted to flee on foot after ditching the vehicle.

During the chase, the suspect drove onto a sidewalk and would also stop and back up toward L.A. County sheriff's vehicles before fleeing again.

Authorities chased the box truck around two parking lots as the suspect kept driving in circles. Toward the end of the chase, the box truck's tires were shredded due to spike strips that were deployed.

AIR7 HD was first over the chase around 9:20 p.m. as the suspect was driving in a residential neighborhood in Watts with narrow streets. The driver, a reckless driving suspect, managed to get out of the neighborhood after forcing an oncoming car to back up and get out of its way.

The driver eventually stopped in Compton, and opened the door. After a few minutes, the suspect abandoned the vehicle and was taken into custody after failing to outrun deputies during a foot pursuit. 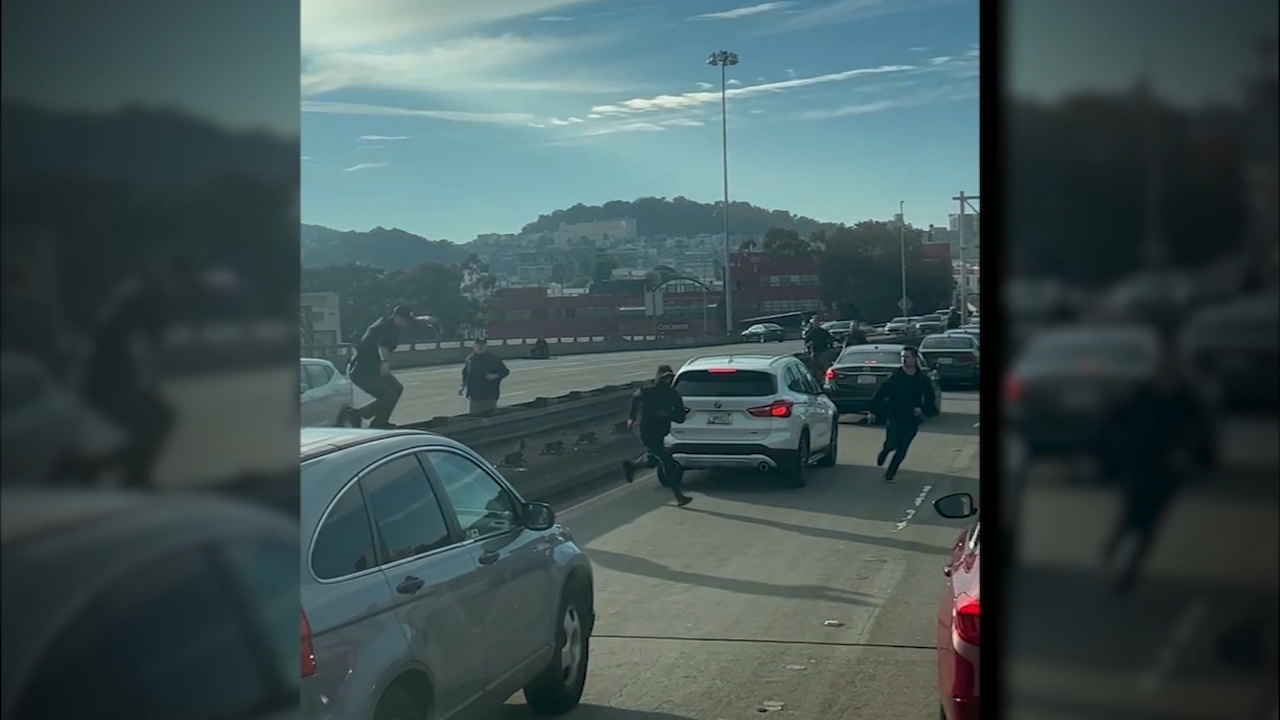