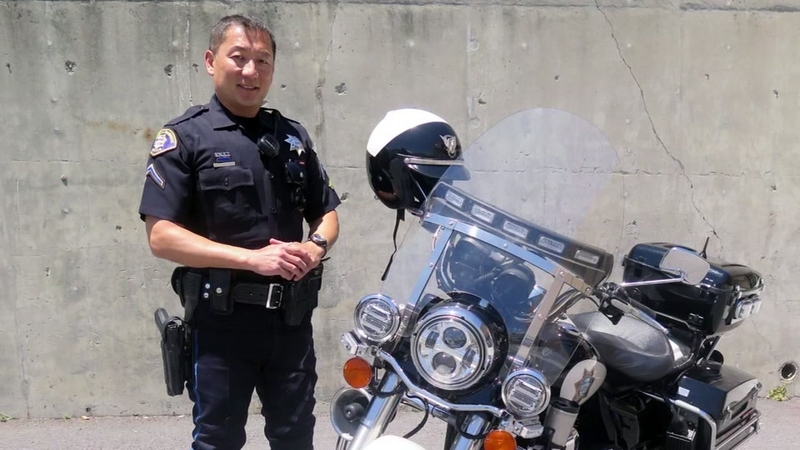 SOUTH SAN FRANCISCO (KGO) -- A South San Francisco police officer has life threatening injuries after he was attacked with a skateboard while on duty on Thanksgiving Day. Officer Robby Chon has been on the force for 12 years.

ABC7 News is learning more about the man charged in that attack. The mother of suspect Luis Ramos-Coreas said her son has mental issues and takes medication. She also said he is a student at Skyline College.

"Was he taking his medication yesterday?" asked ABC7's Vic Lee.

"I don't know. He left very early in the morning," said the suspect's mother.

Officer Robby Chon is assigned to the motorcycle unit. It happened yesterday afternoon in downtown South San Francisco. Starbucks customers waved down the officer, saying the suspect, Luis Ramos-Coreas, was creating a disturbance. As Chon was talking to him, Ramos-Coreas darted down the street on his skateboard.

Antonio Figueroa was close by. He says there was a short foot chase. An officer in a patrol car joined in. He says the suspect suddenly turned around and struck Chon in the head with his skateboard and he fell to the ground.

The police chief says he has a long rap sheet. ABC7 News has learned, it includes felony battery, causing serious injury, assault with a deadly weapon and resisting arrest for disturbing the peace.

Ramos-Coreas has been booked on an attempted murder charge.