KGO
By by Melanie Woodrow
SAN FRANCISCO (KGO) -- Approximately 11 J20 protesters are facing misdemeanor charges in San Francisco after they linked themselves together across Caltrain tracks.

After they ignored orders to disperse, law enforcement officials lifted them from the ground. Several are now facing misdemeanor charges for trespassing and refusing to leave. These are charges their attorney wants dropped.

"The district attorney, at any time, has the discretion to dismiss the case in the interest of justice, which we implore him to do because in this moment San Francisco is a city of resistance. San Francisco is a sanctuary city and they are resisting Trump's agenda," said their attorney, EmilyRose Johns.

The District Attorney's Office spokesperson, Alex Bastian, says the office is open to reviewing the motion but adds that this particular type of protest crossed a public safety line.

"It's a balancing act. We find the First Amendment to be very sacred and we protect it at all costs. However, when something occurs where either assaultive behavior or vandalism or critical infrastructure is impacted, we have an obligation to do things in a different way," said Bastian.

.@abc7newsbayarea at the protest Inauguration Day where activists chained themselves in front of Caltrain. Same woman pictured left & right pic.twitter.com/6CTNZX7pK1

The attorney for the resistors says they did not pose a public safety danger. She says the charges send a strong message.

"I think it sends that San Francisco isn't really dedicated to resisting the Donald Trump administration in the way that they've presented themselves by becoming a sanctuary city," said Johns.

RELATED: Police clash with protesters in DC after inauguration

She says the charges carry fines and, in some cases, six-month sentences which, if served non-concurrently, could equal up to a year of jail time.

A judge will hear the motion to dismiss the complaint in June.

This is another protester pictured left and right who was in front of Caltrain tracks Inauguration Day @abc7newsbayarea pic.twitter.com/zGWHx2fOOx 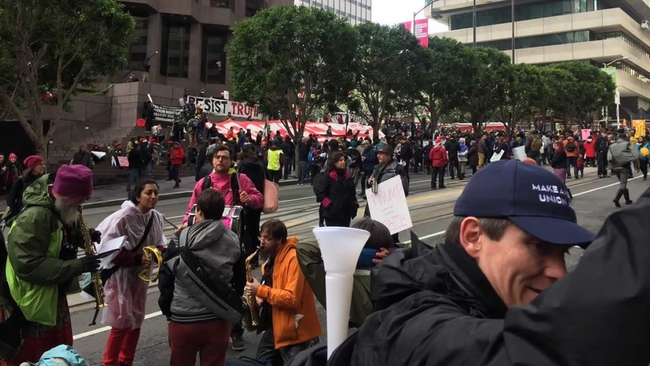 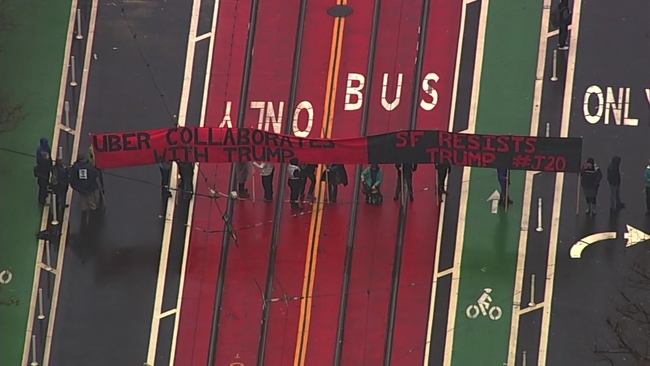 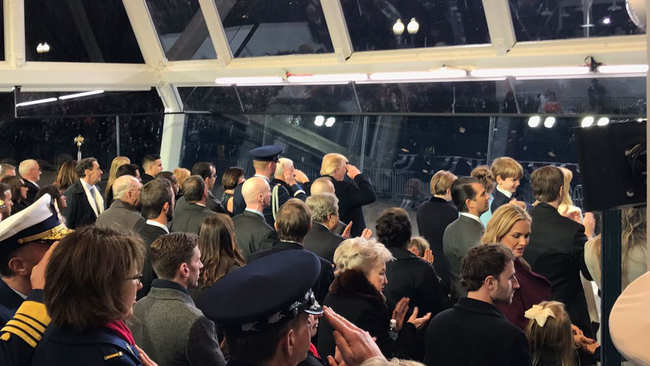 What does the Oath of Office say?
Rep. John Lewis gets bipartisan support after tweets from President-elect Trump

People on Why they came to Women's March on Washington
Nearly 60,000 gather in Oakland for Women's March
More Videos
From CNN Newsource affiliates
TOP STORIES