Greg Gianforte, who is running for an open House seat in Montana, is accused of body slamming Guardian reporter Ben Jacobs, left. (KGO-TV)

MONTANA -- Republican Greg Gianforte has won the special election for Montana's sole U.S. House seat a day after being charged with assaulting a reporter.

Gianforte was elected despite being charged with misdemeanor assault on Wednesday after witnesses said he grabbed a reporter for the Guardian newspaper and slammed him to the ground.

The multimillionaire technology entrepreneur is an enthusiastic Trump backer, and his victory was seen as an endorsement of Trump. 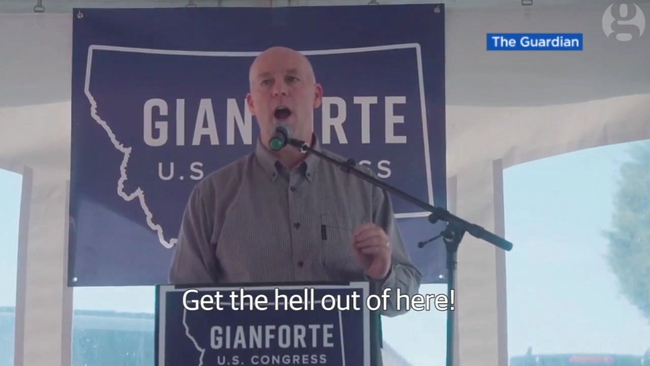