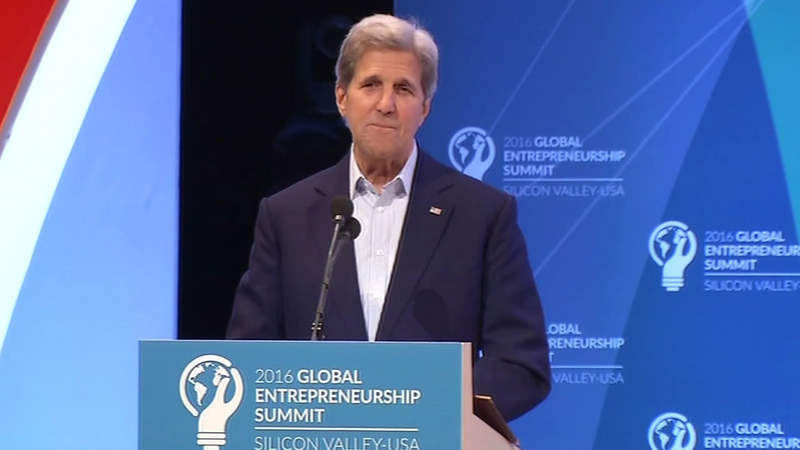 That summit kicked off Thursday with some big leaders in both politics and business.

"The best thing the government can do is to convene the forum, make sure that the coffee is hot, and get out of the way," Kerry said.

And among the speakers, are some of the Bay Area's most recognized executives, including Brian Chesky, CEO of Air BNB.

"When we told people about Airbnb, they were like, 'are you crazy? You think strangers are going to sleep in other strangers' homes? That's never going to happen,'" Chesky said.

"When you're an entrepreneur and you're in a place where you're disrupting an industry, in a large way, it's going to be controversial. You're going to get lots of headlines," Kalanick said.

The crowd drew some energy and inspiration. Entrepenuer Jessica Lui made the trip from Toronto.

"Did you get to talk to someone today who said you shouldn't give up? Did you get an extra piece of advice? Did you find that connection that's going to keep you going?" Lui said.

"Sometimes the difference between success and failure is how hard you try, and whether or not you give up," Lui said.

Government officials say the summit will connect global entrepreneurs with the tools they need to create, innovate and succeed in their own communities.

"We need to embrace our differences and use them as strengths to be able to reach new markets," said Maria Contreras Sweet of the Small Business Administration.

The president will attend the summit tomorrow morning.

Kid reporter who interviewed Obama at White House dies at 23