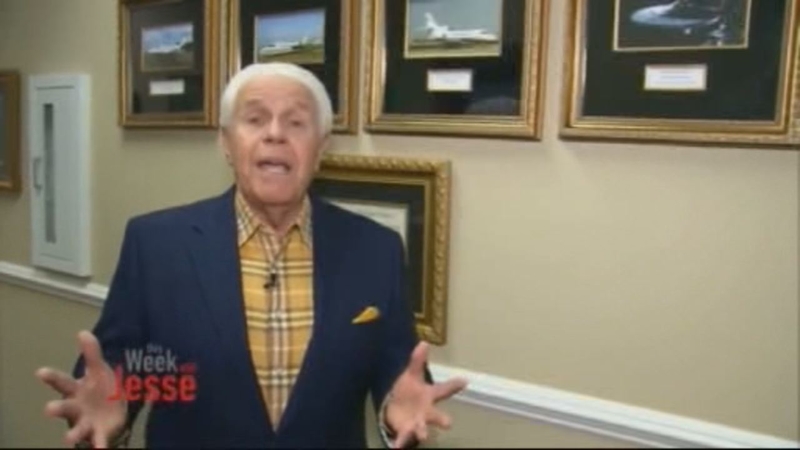 DESTREHAN, La. -- DESTREHAN, La. (AP) - A prosperity gospel televangelist is asking disciples to "pray about becoming a partner" to his mission of obtaining a $54 million private jet.

The Louisiana-based ministry of Jesse Duplantis has already paid cash for three other private planes, but he says God told him "I want you to believe in me for a Falcon 7X."

NOLA.com/The Times-Picayune reports that Duplantis made the pitch to his followers in the May 21 edition of his weekly video address.

Duplantis says the three-engine plane would allow the ministry to fly "anywhere in the world in one stop," reducing fuel costs while maintaining a global reach.