Pug joins her family at the dinner table 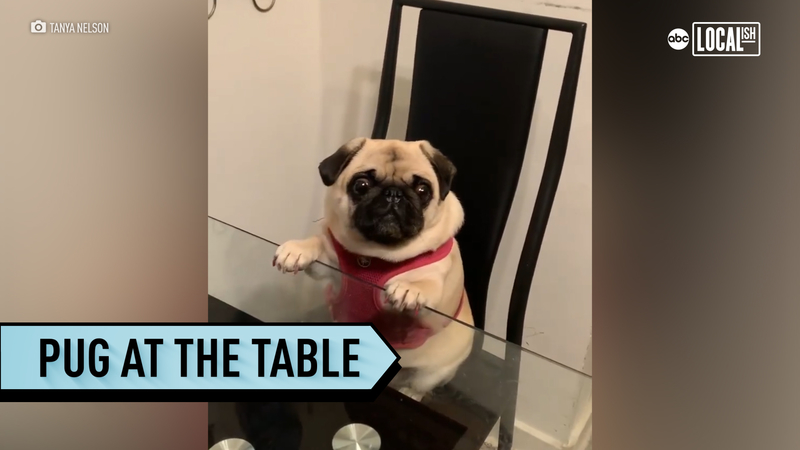 This pug joins her family at the table!

VILLA PARK, Ill -- Villa Park resident Tanya Nelson said she always knew her pug Mia was a special pup, but it wasn't until Mia decided to join the family dinner that Nelson was convinced her dog was different.

"She has a personality of her own. One day she decided she would just sit herself at the table. The funny thing is, that we don't even eat at the table," said Nelson.

Mia, a 3-year-old pug, has been capturing the hearts of many. Due to restaurants not allowing indoor dining during the height of the pandemic, the Nelson's would order in a lot. That's when Mia developed another interesting habit: running to a seat at the dinner table anytime anyone would step foot in the house.