CoCo supes approve repeal of their own pay raise

CONTRA COSTA COUNTY, Calif. -- The Contra Costa County Board of Supervisors gave final approval Tuesday to an ordinance passed last week to rescind a 33 percent pay raise they gave themselves in October.

Board chair John Gioia asked county staff to come beck with another agenda item dealing with compensation adjustments for the supervisors next month.

At Gioia's suggestion, the motion went forward unanimously with relatively little discussion from the supervisors.

Controversy over the issue ensued after an Oct. 28 meeting where the supervisors voted to increase their salaries for the first time since 2006, raising their pay from $97,483 to $129,227 per year and attempting to tie their compensation to that of state judgeships.

In the following weeks, a petition campaign to put the pay raise on a special election ballot and let voters decide its' outcome gathered 39,222 signatures, or roughly 10 percent of the registered voters in Contra Costa County.

In the face of that opposition, the supervisors voted to rescind their salary increase last Tuesday.

During public comment at today's meeting, Paul Graves, president of the Contra Costa County District Attorneys' Association, said he wanted to correct some misperceptions in the media suggesting that all labor unions opposed the pay raise.

"Our association understands the need for and rationale behind this salary adjustment," Graves said.

Graves said that in order to remain competitive with other Bay Area counties, Contra Costa County would have to offer competitive compensation for the Board of Supervisors.

However, representatives from the American Federation of State, County and Municipal Employees Local 2700 and Public Employees Union Local 1 both criticized the supervisors for attempting to raise their own pay while lower-level county employees continue to struggle financially.

Cheryll Grover from AFSCME Local 2700 said that Contra Costa County's budget had largely been balanced on the backs of union members. Grover suggested that instead of the supervisors tying their compensation rates to state judgeships, it should be tied to the wages of their own employees.

"Why does there always seem to be money for people at the top, never at the bottom?" asked Eileen Bissen, a business agent with Public Employees Union Local 1.

"You and your employees should match," Bissen said. "You should eat at the same table. If you can only feed your employees hamburger, don't serve yourself filet mignon."

Also Tuesday, the Contra Costa County Deputy Sheriffs Association announced the filing of a federal lawsuit against the Board of Supervisors.

In a prepared statement, the union's attorney said that members of the Board of Supervisors delivered direct threats to retaliate against the deputy sheriffs' association for its participation in the petition process by undermining future collective bargaining efforts. 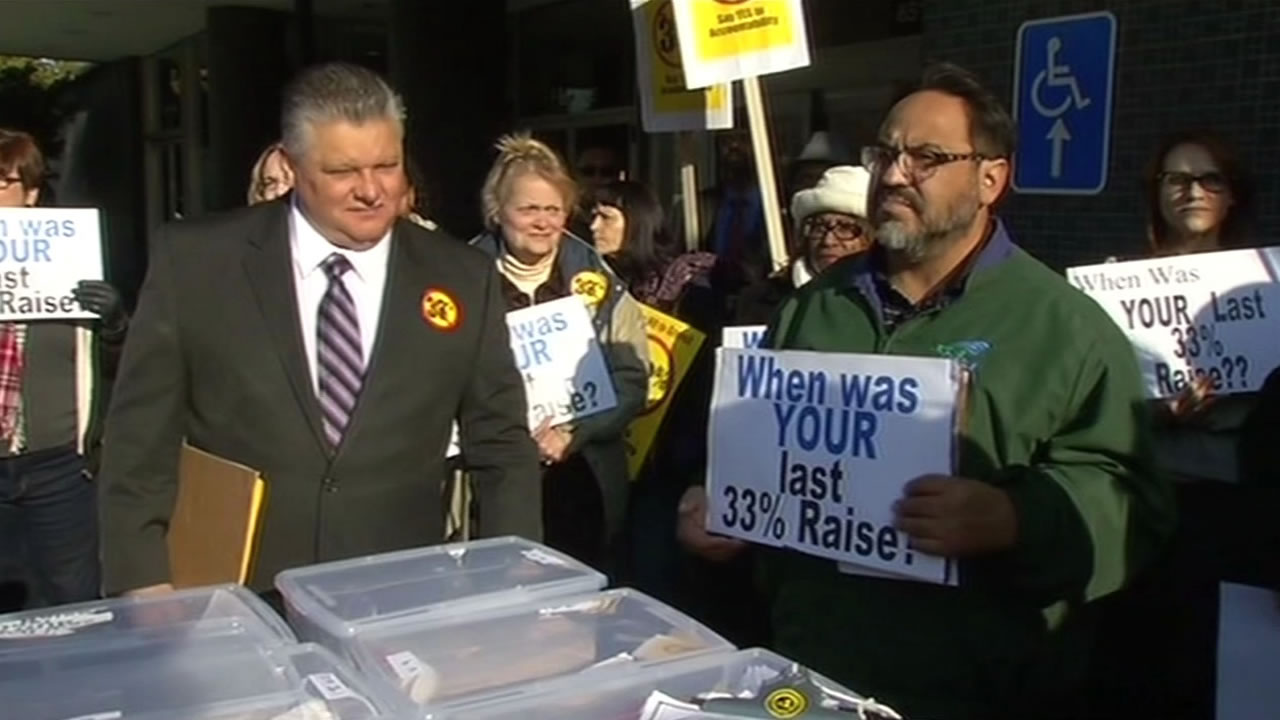 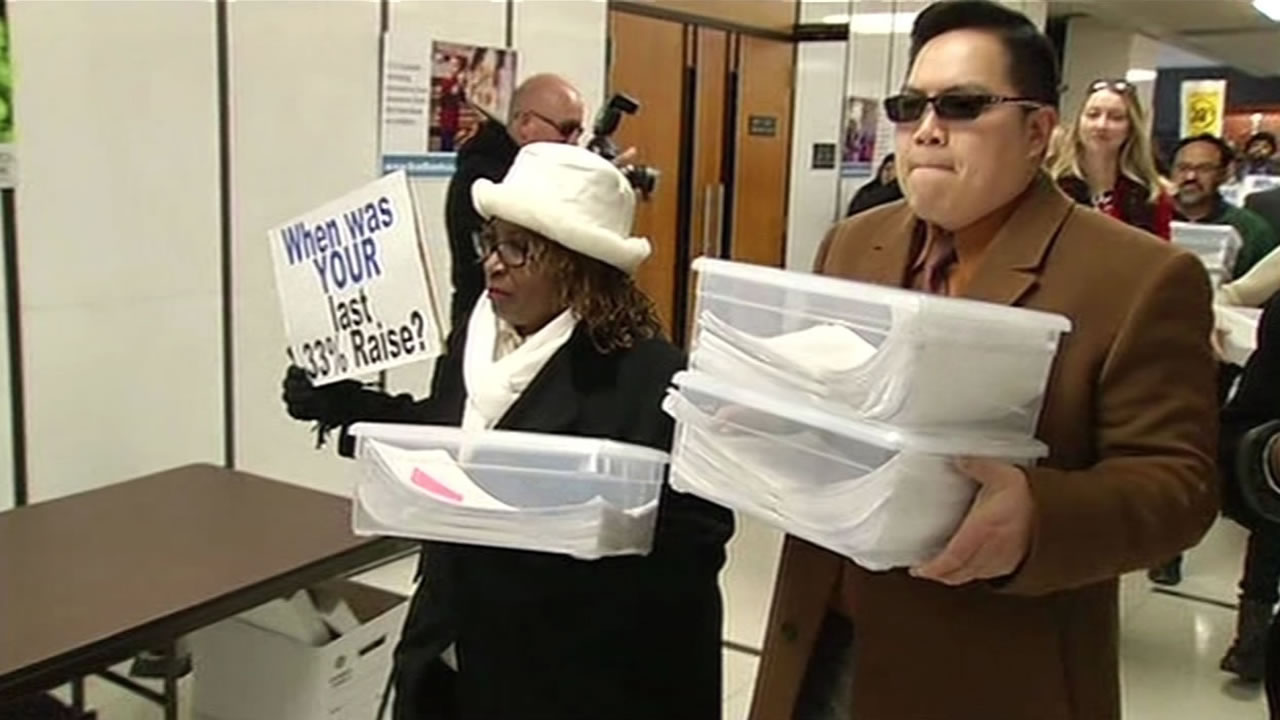