The family of Kenneka Jenkins, 19, said they have many questions after the Chicago woman was found dead in a Rosemont hotel freezer.

ROSEMONT, Ill. -- The family of a 19-year-old Chicago woman found dead inside a Rosemont hotel freezer said they have many questions.

Kenneka Jenkins was found dead early Sunday in a freezer at the Crowne Plaza Hotel. Her family said that police told them that Jenkins was intoxicated when she walked into the freezer.

"It takes strength to open these doors, the freezer doors. So, if she could hardly hold herself up. ... How did she find the strength to unlock both the double doors?" mother Teresa Martin said.

Rosemont police have given no indication they believe foul play could have been involved, but are waiting for autopsy results before making a determination on manner of death.

Hotel employees found Jenkins' body in a freezer in the basement of the hotel. Jenkins had been at a birthday party Friday night on the ninth floor of the hotel.

Friends said they were drinking and using drugs in the room and police have told the family the hotel has video of Jenkins stumbling down a hallway.

Police said they are looking at video, including some that friends have posted on social media from the party.

Activist Andrew Holmes, who is working with the family, said the hotel should meet with the family and show them any video they may have of her going into the freezer.

Jenkins' sister told police that Jenkins was seen leaving her Chicago home at 11:30 p.m. Friday for a party at the Crowne Plaza Hotel, 5440 North River Road. The sister said that she had received a text message from Jenkins at about 1:30 a.m. Saturday.

After being contacted by Rosemont police, the staff of the Crowne Plaza searched the hotel and Jenkins was discovered inside a freezer early Sunday morning. Police said her body was beyond resuscitation and was pronounced dead at the scene. 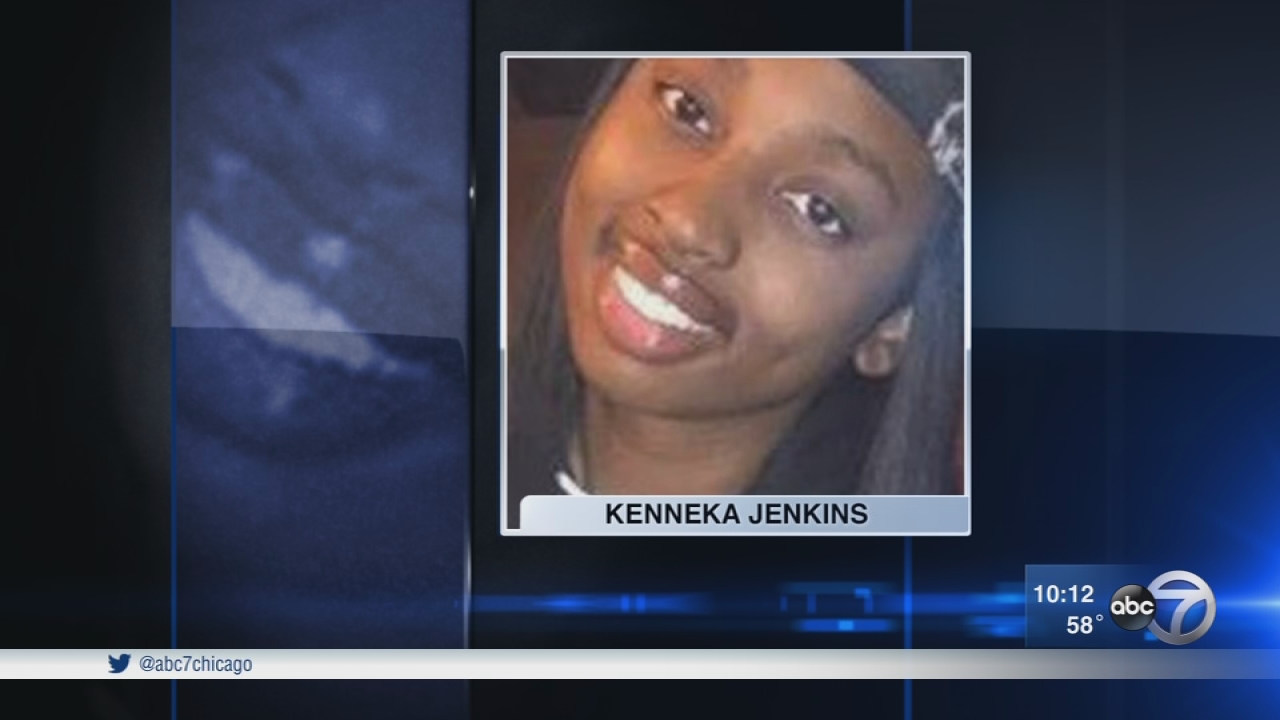