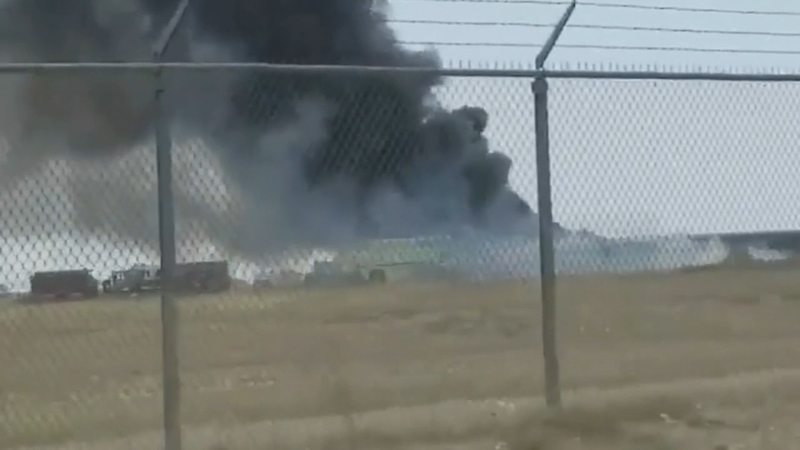 ROSWELL, N.M. -- A dozen firefighters were injured in an explosion at a fireworks storage area in eastern New Mexico.

State police and officials with the city of Roswell say the blast happened around noon Wednesday at the Roswell International Air Center as firefighters were boxing fireworks for an upcoming Fourth of July show.

Police say two of the firefighters suffered critical injuries and were taken via air ambulance to a trauma center. The others were treated at the scene for minor injuries.

Authorities do not know what caused the blast.

Federal and local authorities are assisting state police in the investigation. The state fire marshal also was en route to the scene.