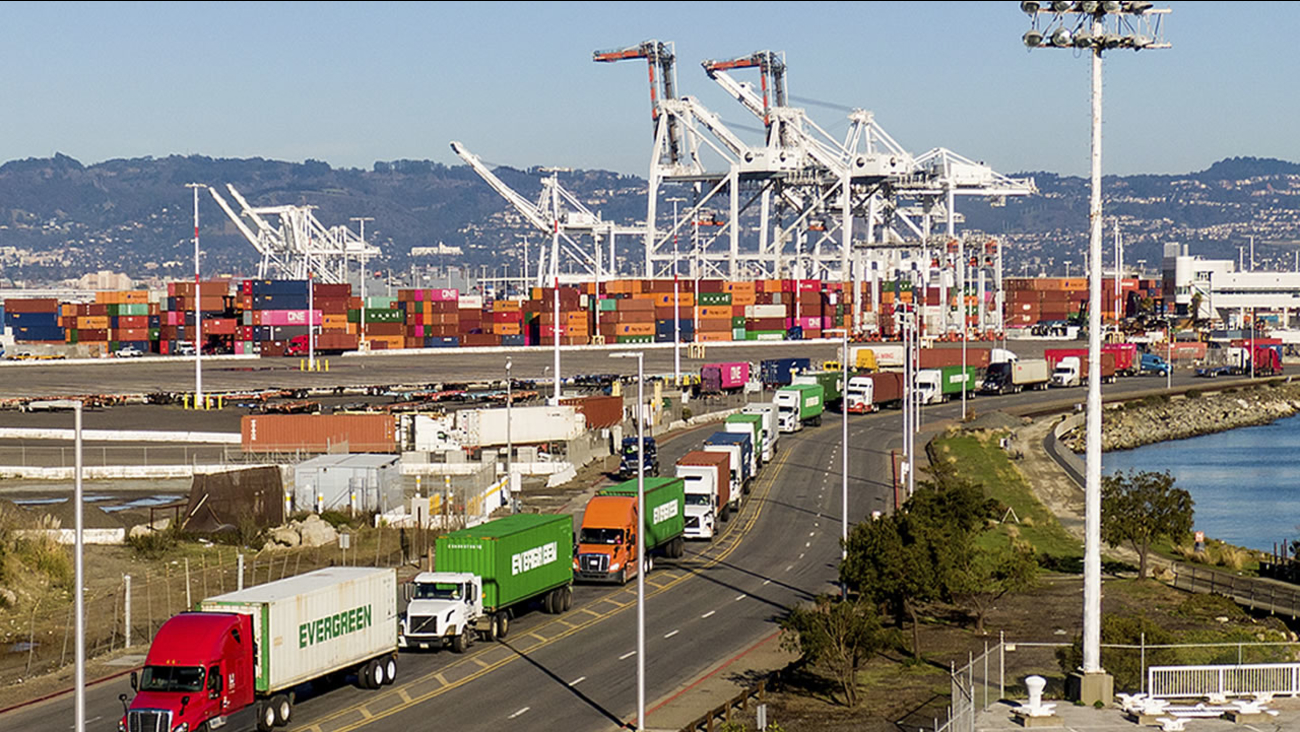 Trucks line up to enter a Port of Oakland shipping terminal on Wednesday, Nov. 10, 2021, in Oakland, Calif. (AP Photo/Noah Berger)

At least 20,000 port workers say they will no longer load or unload any Russian vessels or Russian cargo coming into or going out of all 29 ports up and down the West Coast.

The International Longshore and Warehouse Union calls it an act of solidarity with the people of Ukraine.

The decision comes amid the ongoing violent attacks on civilian targets by Russia.

Even as Russia announced a ceasefire starting Monday morning and the opening of humanitarian corridors in several areas, its armed forces continued to pummel Ukrainian cities, with multiple rocket launchers hitting residential buildings.

The limited ceasefire announcement came a day after hundreds of thousands of Ukrainian civilians attempting to flee to safety were forced to shelter from Russian shelling of cities in Ukraine's center, north and south

Officials from both sides planned a third round of talks Monday.

For other ways to support Ukrainian refugees and the ongoing relief efforts, click here.