Warning: This video may be disturbing to some
KGO
By Dion Lim 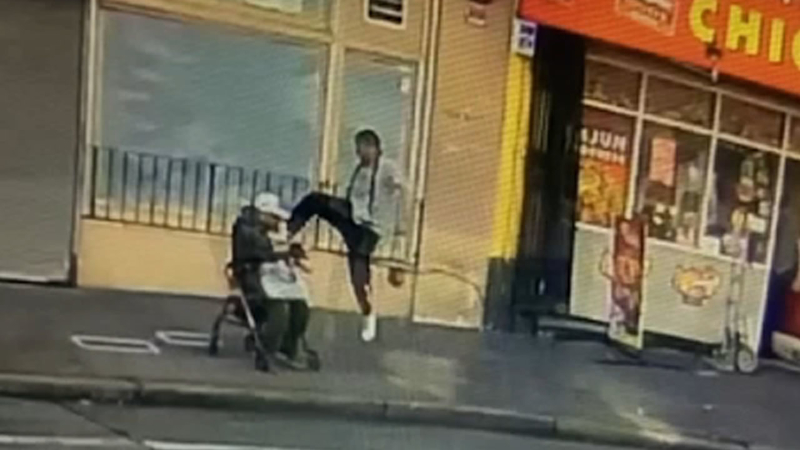 SAN FRANCISCO (KGO) -- An elderly Asian man viciously kicked out of his seated walker onto the ground in San Francisco's Tenderloin last year is speaking out with a warning to other seniors, "Old people have to be careful."

84-year old Rong Xin Liao was sitting and waiting for the 31 Balboa bus near the area of Eddy and Leavenworth Streets the morning of Feb. 20 when his life was upended.

"I didn't do anything to him," says Liao from his assisted living facility.

In surveillance video, a young man appears out of the blue and in a matter of seconds kicks his seated walker right out from under him and Liao falls to the ground, headfirst.

Liao said he blacked out, needed six stitches, and spent four nights in the hospital.

ABC7 News anchor Dion Lim sat down with Liao to ask how he was doing and he said because of the wave of violent attacks on Asian seniors in San Francisco and across the Bay Area he's afraid to go outside. He gestured to a stack of BINGO cards and crossword-type puzzles on his desk.

When asked about his perpetrator, 23-year-old Eric Ramos-Hernandez, he said he wanted to be there for his next court appearance. Because of COVID restrictions that will not be possible.

Liao said despite not being able to be there or have any decision in his sentencing he did mention, "I want a very strict punishment...but I don't want him to be executed."

The 84-year-old went on to say he has had multiple falls and one more would render him unable to walk at all. As Dion left his building, he said heartbreakingly, "Thank you for caring."

Ramos-Hernandez has a scheduled hearing on April 14.