KGO
By Amanda del Castillo
SAN FRANCISCO (KGO) -- The apartment building at 48th Avenue and Cabrillo Street in San Francisco's Outer Richmond neighborhood is far from the home Norihiko Suzuki and his wife Kaoru have known for the last 45 years.

Units on the second and third floors were badly damaged in a fire Friday afternoon.

On Saturday, several neighbors returned to their homes to collect any valuables that survived the fire.

Norihiko explained Kaoru was seriously injured and remains hospitalized after she jumped from the third floor to save her life during the fire.

"She jumped from the window to the ground," Norihiko said. "My goodness!"

He told ABC7 News his wife broke both her legs and her back, and suffered other injuries in the fall.

"I don't know what happened, you know," he said. "The fire started downstairs, they say. Something like an electric connection or something, burning."

Lt. Jonathan Baxter, a spokesperson for the San Francisco Fire Department (SFFD), confirmed the cause of the fire was accidental. Baxter cited an electrical issue.

In total, three people were injured. In addition, the two San Francisco Police Department officers who were first on the scene suffered smoke inhalation.

"Both the officers ran into the building. They were able to kick down doors and rescue at least one person from the building," Pasquinzo said. "But at that point they got overcome by smoke."

The two officers were back at work on Saturday, returning to the burned building to visit with neighbors.

Off-camera, the two told ABC7 News they are fine.

In Friday's electrical fire, a family dog was killed. A friend of the pet owner explained the owner is going through a very tough time, though family members are counting their blessings.

"I'm really glad that none of them were home," Zachary Imbriani said. "I mean, it really sucks that the dog was there, and that meant a lot to him. All we can do is be there for him and his family."

There is no timeline for when the ten displaced residents will be able to return home. The American Red Cross is assisting. 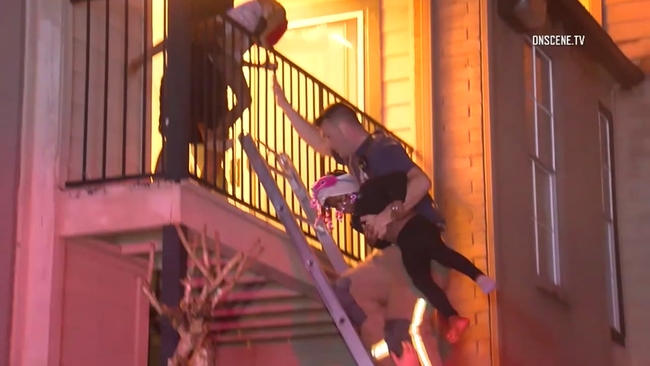 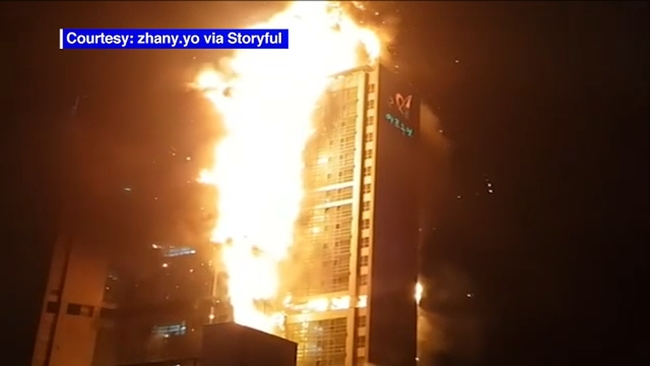 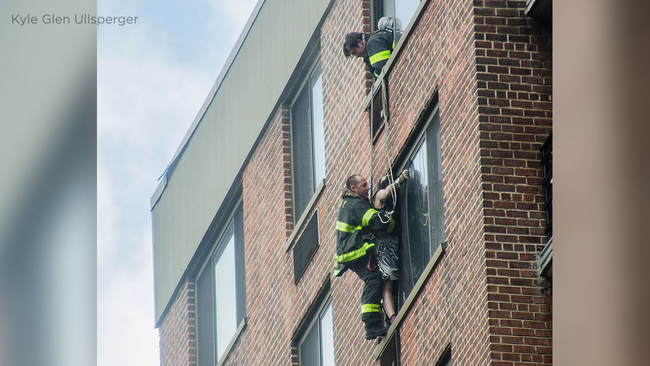