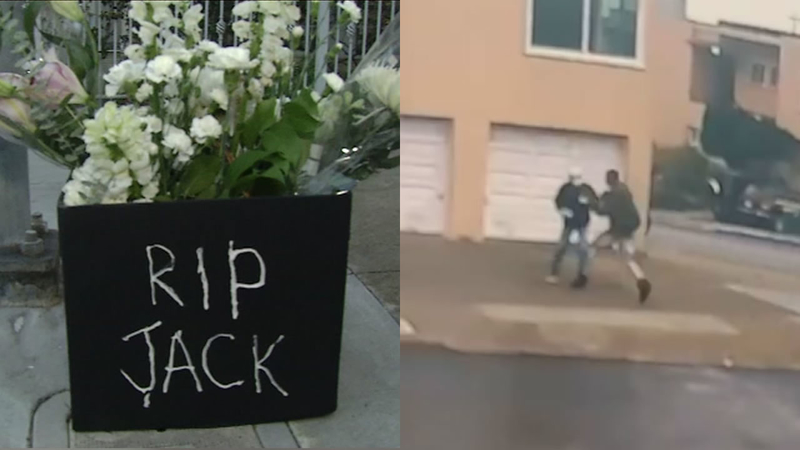 "How can anyone think of hurting a defenseless senior? And I want to be clear, you will be held accountable by the police as well as the D.A. There will be consequences," said Mayor London Breed.

Last Thursday afternoon well known private investigator Jack Palladio, 76 years old, was beaten up and robbed of his camera outside his Haight Ashbury home. He died earlier this week.

On Tuesday the two suspects accused in the attack appeared in court. Their arraignment is set for next week.

Police Chief Bill Scott read out loud the suspects' names, "24-year-old Lawrence Thomas of Pittsburg and 23-year-old Tyjone Flournoy of San Francisco. Anyone who thinks San Francisco is an easy touch, you need to think twice."

There was also an arrest in the brutal attack that's so hard to watch; an 84-year-old man from Thailand, Vicha Ratanapakdee, tackled hard, his head hitting the pavement last Thursday morning as he was out for a walk. He later died.

The suspect accused in that attack is 19-year-old Antoine Watson of Daly City. District Attorney Chesa Boudin says he is in custody and is being charged with murder and elder abuse and is expected to be arraigned later this week.

"These cases are still under investigation. There is so much more work to be done. The police have done a phenomenal job and a quick expedient job. It is especially important we help elderly San Franciscans to feel safe and be safe," said Boudin.