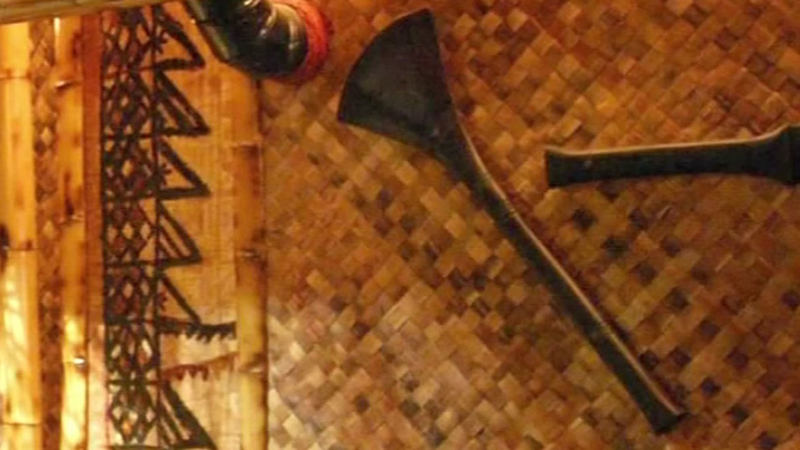 SAN FRANCISCO (KGO) -- A San Francisco tiki bar is missing a priceless piece of art that used to hang on the wall. Someone stole a decorative war club and the owner wants it back.

The owner of Smuggler's Cove thinks a drunk patron smuggled that item out of the bar. He hopes that, with a sober mind, that person will realize how much it means to them and bring it back.

Smuggler's Cove is a three-story tiki bar in San Francisco. It's named on the World's 50 Best Bars list. It mimics a pirate ship filled with art pieces from all over the world. But one special decoration is gone - a wooden hand-carved Fijian war club.

Smuggler's Cove owner Martin Cate said, "It just particularly hurts when it's something special like this. It's not a beer mirror or something like that. It's something that was made especially for us."

It appears the club was ripped right off the wall, which is not an easy thing to do, since it was bolted down to some woven matting on the third deck.

There are security cameras, but Cate explained, "Sadly, the cameras were pointed in just about every wall except that one. But it wasn't very big so it'd be easy to get into a bag or under a coat."

The priceless piece had been with the bar since it opened. Cate thinks the theft happened sometime Sunday or Monday night.

"The assemblage of all these things, all these decorative art pieces, is really important to our image," Smuggler's Cove manager Christopher Ward said.

"I'm shocked. This place is gorgeous and so unique and I can't believe someone would steal someone else's property," customer Amrun Singh said.