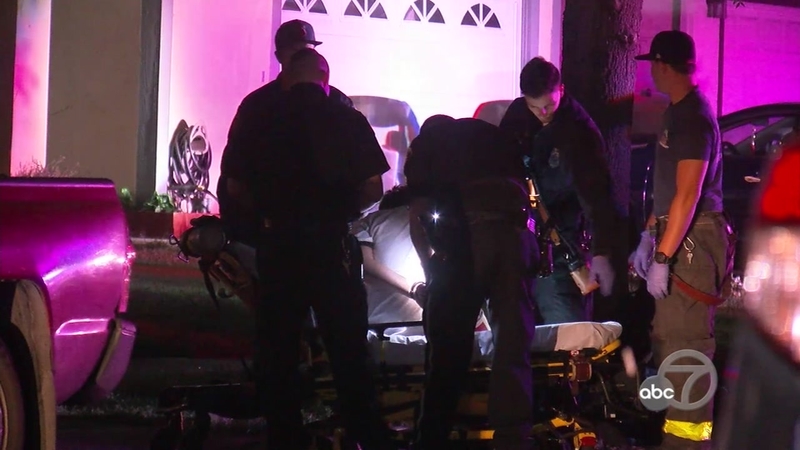 SAN JOSE, Calif. (KGO) -- It was a wild night for San Jose police -- they were investigating a carjacking when the officer who took the report spotted the car.

This happened just before 10 p.m. Thursday. The officer was driving on McLaughlin Avenue when he spotted the car. He started a pursuit but the suspects didn't stop.

Police set up a perimeter. K9 officers were used to track down the suspects in the neighborhood of McLaughlin Avenue, Loupe Avenue and Tuers Road.

Six juveniles ended up being arrested. Two were bitten by the police dogs. Two of the suspects were taken away on a gurney and put into ambulances. The others were handcuffed and put in the back of patrol cars.