If Roe v. Wade is overturned, Planned Parenthood Mar Monte is expecting up to 500 more people a week
KGO
By Amanda del Castillo 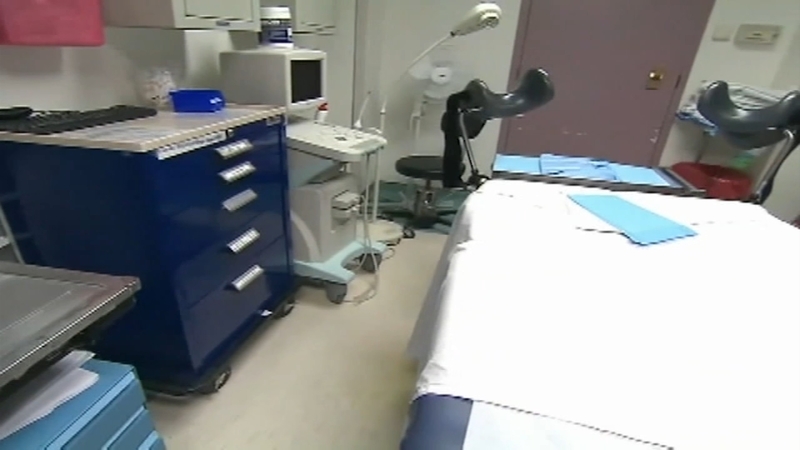 SAN JOSE, Calif. (KGO) -- Santa Clara County officials are preparing for the potential influx of people coming from out-of-state for abortion services they can't get back home.

The county's effort comes as California seeks to be an 'abortion sanctuary.' The push is only strengthening, after Monday's leaked Supreme Court draft opinion- first published by Politico.

"If California- along with other states- needs to be a safe haven for women, I'm glad we can do that," Santa Clara County Supervisor Cindy Chavez told ABC7 News on Wednesday.

The day before, the county Board of Supervisors unanimously voted to direct $3 million in funding to Planned Parenthood Mar Monte. It's described as the largest of its affiliates in the country.

If approved in June, the money would go to medical equipment, center expansion, additional staffing, and more. The improvements are meant to better serve residents and women traveling here to terminate their pregnancies and legally protect the doctors who treat them.

The proposal, authored by Supervisors Chavez and Susan Ellenberg, was written prior to the Roe v. Wade leak.

Chavez said there has already been an influx of people who have been coming from out-of-state.

VIDEO: Who gets abortions in US? CDC data offers snapshot of which groups typically seek procedure
EMBED More News Videos

According to the Centers for Disease Control and Prevention, abortion is an important component of public health. The most recent data from 2019 gives us a snapshot of which groups seek the procedure.

"The timing couldn't be more important," she added. "I will say, the fact that they already had 80 people, prior to Roe v. Wade- the overturn of that- really demonstrates what a huge, huge problem this is for women across the country."

If Roe v. Wade is overturned, Planned Parenthood Mar Monte is expecting up to 500 more people a week.

"Many of these states have no carve outs for victims of incest or victims of sexual assault. And what that means is that a woman can't make a choice about planning her family, between her and her doctor," Chavez added. "Even a mental health provider can't intervene to protect that woman."

Gov. Gavin Newsom appeared at a Planned Parenthood facility in Los Angeles, where he discussed his administration's commitment to safeguarding reproductive rights in California.

"If guys like me were getting pregnant every day," he started. "I mean, this is comical. This is about controlling women, we know that."

Back in the Bay Area and outside a Planned Parenthood location in San Jose, Brian Garcia, a Pastor at Silicon Valley Reformed Baptist Church said, "It's borderline criminal that our taxpayer money is going towards funding the dismembering of children in the womb."

According to the Guttmacher Institute on Reproductive Health, if Roe v Wade is overturned, it could result in 26 states immediately banning or severely limiting abortions. California would then be the closest no-ban state within driving distance for as many as 1.4 million women.