Seven-year-old Liam Porter has something in common with "Star Wars" hero Luke Skywalker -- a new prosthetic arm. Liam was surprised with the arm by an all-volunteer team that makes 3D-printed prosthetics for kids for free. 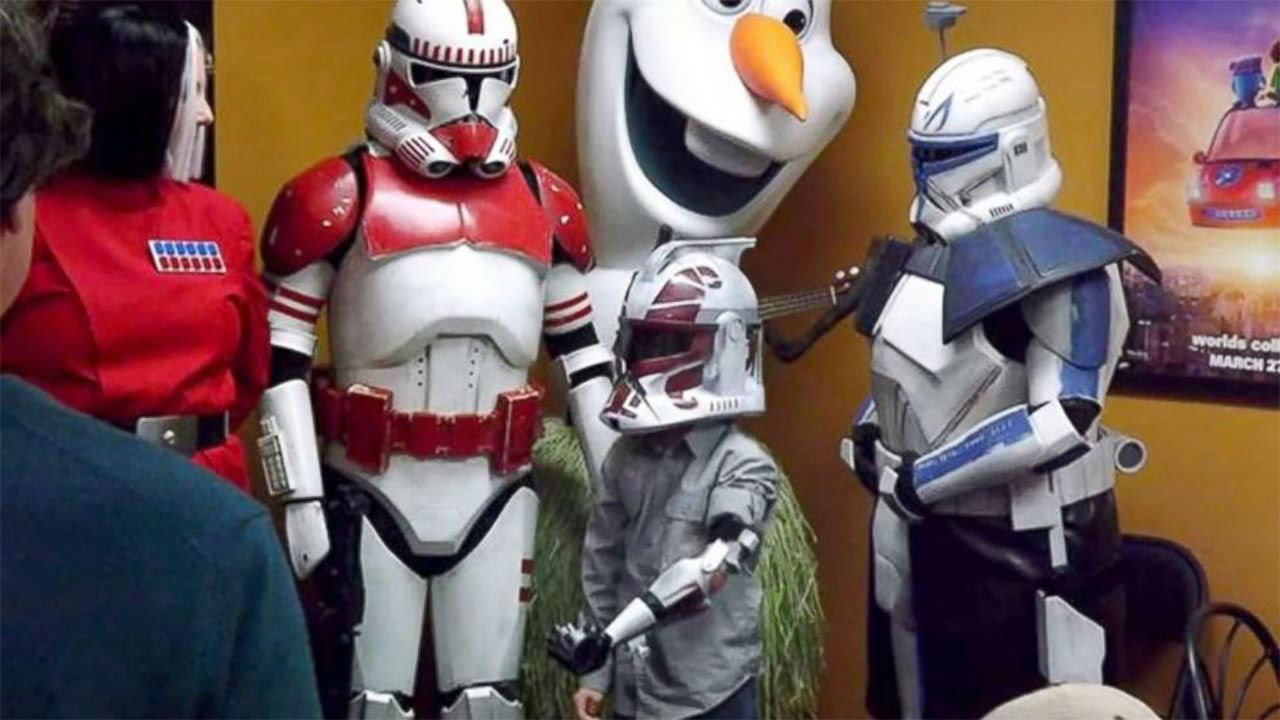 The space-aged prosthetic is modeled after Imperial Clone Troopers in Star Wars.

"Liam wants it made clear it is a Clone Trooper not a Storm Trooper arm," Liam's mother, Ryan Porter, told ABC News.

Clone Troopers are the good guys; it's the Storm Troopers yo have to worry about.

The arm took about three months to make and cost about $300. It's lighter and easier to use than his old, traditional prosthesis.

Liam, who lives in Augusta, Georgia, was born without the lower part of his left arm.

Members of the 501st Georgia Garrison, a group of people that dress up as "Star Wars" troopers, surprised Liam with his new arm at a ceremony at a local movie theater.

"He was actually speechless, which for him is a rarity," Liam's mom said.

In it's first year, E-nable, the network of volunteers that makes the prosthetics, gave away more than 700 arms and hands.