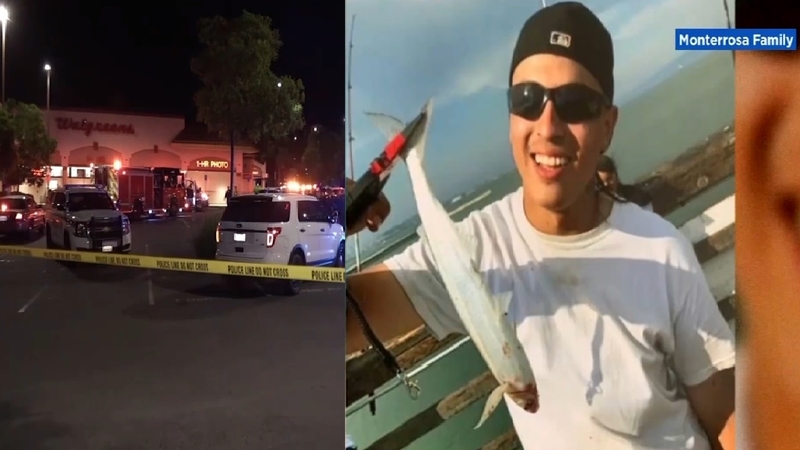 Use of force not objectively reasonable in Sean Monterrosa's death

The letter is dated December 1, 2021. The officer's name is redacted. However, a lawsuit filed by the Monterrosa family previously named the officer as Jarrett Tonn.

Last week, the Vallejo Police Department released the findings of a nearly year-long independent administrative investigation into a the officer's fatal shooting of Monterrosa. The officer shot and killed Monterrosa from the back seat of an unmarked police vehicle outside a Walgreens looting.

In its 66-page report, an independent police oversight and review group found the officer's use of force was not objectively reasonable when he shot and killed Monterrosa through the windshield from the backseat of unmarked police vehicle.

California Attorney General Rob Bonta announced Thursday that the California Department of Justice will conduct an independent review of the police shooting death of Sean Monterrosa to determine whether criminal charges are warranted.

Monterrosa was outside a Walgreens June 2 last year where there had been a looting during a protest over George Floyd's murder by police. Vallejo police said Monterrosa was crouched down in a half kneeling position, moving his hands towards his waist area revealing what appeared to the officer to be the butt of a handgun.

While officers are not expected to be absolutely sure of a threat before using deadly force according to the report, the second guessing by the officer who shot and killed Monterrosa suggested significant uncertainty about whether Monterrosa was carrying a gun. That uncertainty was captured by the officers' body worn cameras.
RELATED: Monterrosa sisters turned 'pain into purpose' in year since brother was killed by Vallejo officer
EMBED More News Videos

"What did he point at us," the officer could be heard asking."

"Hey, he pointed a gun at us," shouted the first officer.

The report also highlighted when officers started their recordings and found they could have safely begun recording sooner. The delay prevented capturing audio of the actual shooting.

A California attorney general's office independent review to determine whether criminal charges should be filed against the officer is ongoing.

Video is from a previous story