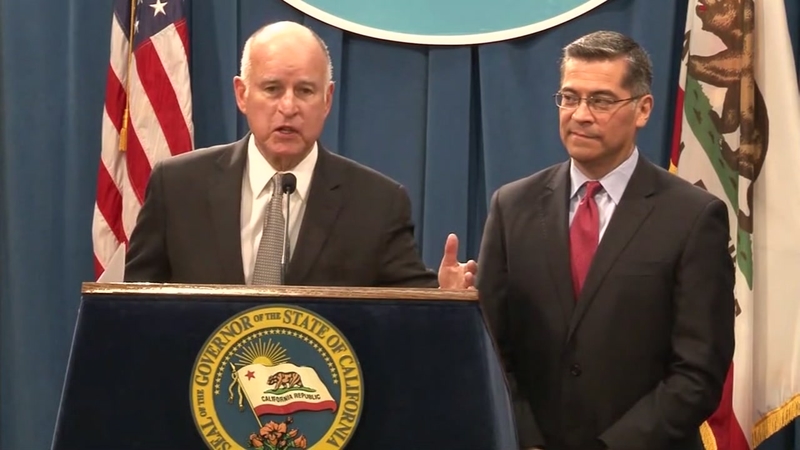 VIDEO: Gov. Brown calls on Sessions to apologize to people of California

"Look, we know the Trump administration is full of liars, they've plead guilty already to the special counsel," he said. "Under the laws of California, nothing stops the federal government from coming to a jail. The release records are public. In many ways, there are many layers of protections. And what Jeff Sessions said is simply not true. And I call upon him to apologize to the people of California, to bringing the mendacity of Washington to California. And trying to insert discord and division and I might add, dysfunctionality in a state that's really working. So let's build some bridges, not walls."

The governor also called out Sessions on his quick trip to the state, "So the attorney general is coming out here, gives a speech for 10 minutes, then hightails it back to Washington. What does that do? That is not creating the comity that the state and federal government needs. This is a very aggressive act on the part of the Trump administration. And it's not right, it won't stand. And as I say, I'm sure this lawsuit has more longevity than the Trump administration itself."

During a speech to law enforcement officers at a conference in Sacramento, U.S. Attorney General Jeff Sessions called out Oakland Mayor Libby Schaaf.