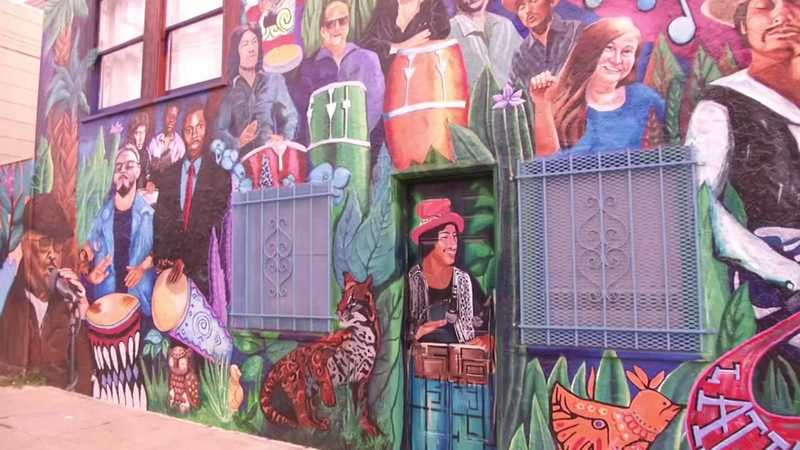 The walls are covered with artists, but on Wednesday morning he was hard at work adding two more, including Bay Area legend Carlos Santana.

"Carlos to me, because I was here the whole time, created that Latin Rock sound. I mean him and his percussionist, but it was Carlos that put us on the map," says Segovia.

And to say thank you, he put Carlos on the wall, timing the addition to Santana's big Bay Area concert on Tuesday at Chase Center. Segovia also finished adding a second portrait of long-time Santana percussionist Karl Perazzo, who dropped by to check out the likeness.

"It means a lot, there's a whole bunch of words that come to mind, one is honor first and the others are inspirations," says Perazzo.

Perazzo says the mural serves importance in educating young musicians in the Mission District about their heritage and passing along the knowledge of Latin Rock.

"What you're seeing is that seed being planted of inspiration. If they see the Santanas and the Escovedos," he believes.

And despite the crowded collage of colors, Segovia says there's room for more.