KGO
CONCORD, Calif. (KGO) -- It's an American tradition for parades to have a grand marshal, and that grand marshal is usually a person. But Tuesday's Fourth of July parade in Concord was a bit unusual.

In a parade full of music and dance, there was plenty of cheering but also murmuring about the grand marshal.

The grand marshal this year was a little red bus with no steering wheel and no driver's seat - an autonomous vehicle.

Organizers say there's no better person or thing to celebrate what July 4th is about. "On the spirit of Independence Day, it helps provide independence in the future from your car," Contra Costa County Transportation Authority spokesperson Randy Iwasaki said.

Concord has one of only 10 sites in the nation where companies can test autonomous vehicles, on what was a naval weapons station.

"But the people of Concord didn't know about it, so we decided this year to bring this new tech to the people and have the Easymile shuttle be our grand marshal," city council member and parade chair Carlyn Obringer said.

So why was the high tech vehicle from the future leading off the parade from the back of a tow truck? Well, there's a very patriotic reason for that. It's called following the law.

"We have to go through all the regulated procedures in order to get a license, and we don't have a license yet for this vehicle," Obringer said.

So this Fourth of July, the Easymile bus gets a holiday from its endless loops around the parking lot to do what grand marshals do best - attract attention.

Some waved to it like a person, but Concord #July4 parade grand marshal is not human: it's an autonomous bus some say will change commuting. pic.twitter.com/QosWMJuoRn 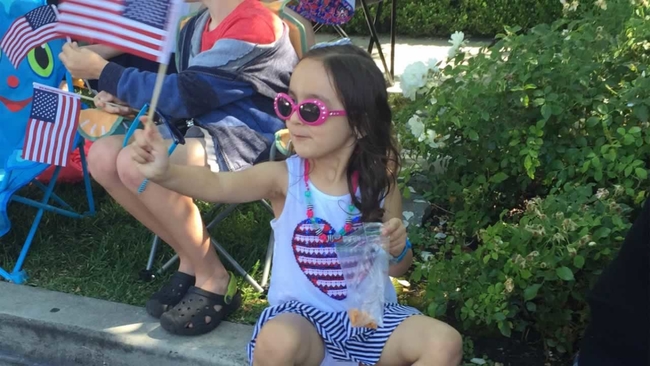