KGO
By Luz Pena
SAN FRANCISCO (KGO) -- Did you know that one of America's largest crosses is located in the Bay Area? Hundreds of people are planning to hike to catch the sunrise and celebrate Easter in San Francisco's highest peak.

Standing at 103 feet tall, the emblematic white cross at the peak of Mount Davidson is impossible to miss.

History that dates back to 1934, when even the president took notice.

Gullmes has a deeper connection to this cross. Just look at his face, it lights up the same way this cross will light up at 6:30 a.m. for the Easter service, when he talks about his love.

James And Kathleen Gullmes got married at the white ✝️ cross at Mt. Davidson years ago.

"I was married here to my wife, Kathleen, so it's near and dear to my heart and I live in the neighborhood and it doesn't get any better than this," he said.

But, what is a love story without some turmoil? This cross had its fights. In 1991, several organizations sued the city of San Francisco for owning a cross on what was then public land.
"So the city worked out a plan where they auction off the top part of the land and separating church and state. This part of the mountain is owned by Council Armenian Organizations of Northern California," Gullmes said.

As part of the deal with the city, the cross can only be lit on April 24, Armenian Remembrance Day and on Easter. Elizabeth and James Perez are looking forward to it.

"Annual Easter hike up here to see the cross," said neighbor Elizabeth Perez. When asked how many years she's been doing it for, she says, "Probably about five years."

During World War II, more than 50,000 people gathered at San Francisco's highest peak. This year they are expecting 500.

"It looks like the weather is going to be nice so it should be a great turn out. We got great music, the Salvation Army Brass Ensemble, Lynne Miller of The House of Bagpipes..." said Gullmes.

This will be the 97th annual non-denominational sunrise service, where the cross that is seen by many as a landmark and others as religious symbol will still be hard to miss.

The white cross at the peak of Mt. Davidson in San Francisco is one of the largest crosses in America!

More than 500 people will gather at 6:30am at the foot of the cross for a non-denominational service. @abc7newsbayarea pic.twitter.com/WqfsicVdLp 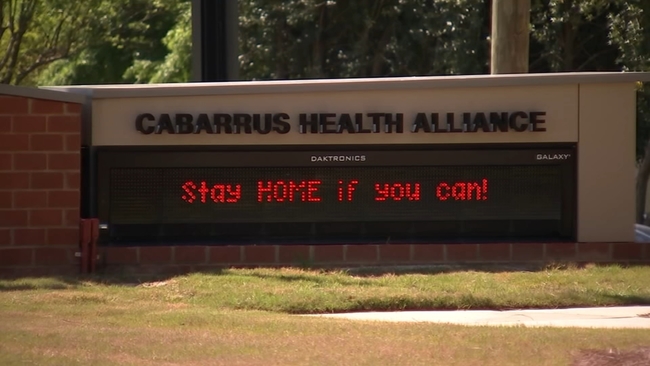