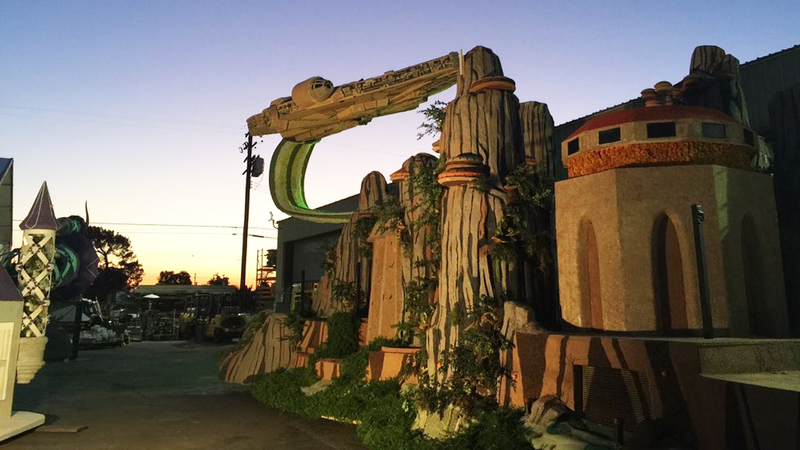 AZUSA, Calif. -- Not only will Disney's float be the longest in this year's Rose Parade, it will also incorporate elements from the "Star Wars" and "Frozen" films.

The float will consist of three parts with a "Frozen" castle to lead the way. The middle will showcase the iconic Sleeping Beauty Castle, bedazzled and decked out to celebrate the resort's 60th anniversary Diamond Celebration.

The Disney float's entertainment director said there will be a moment during the parade when the float will stop, and many characters will join in on the fun.

The 127th annual Tournament of Roses Parade airs live on Friday at 8 a.m. on ABC7.