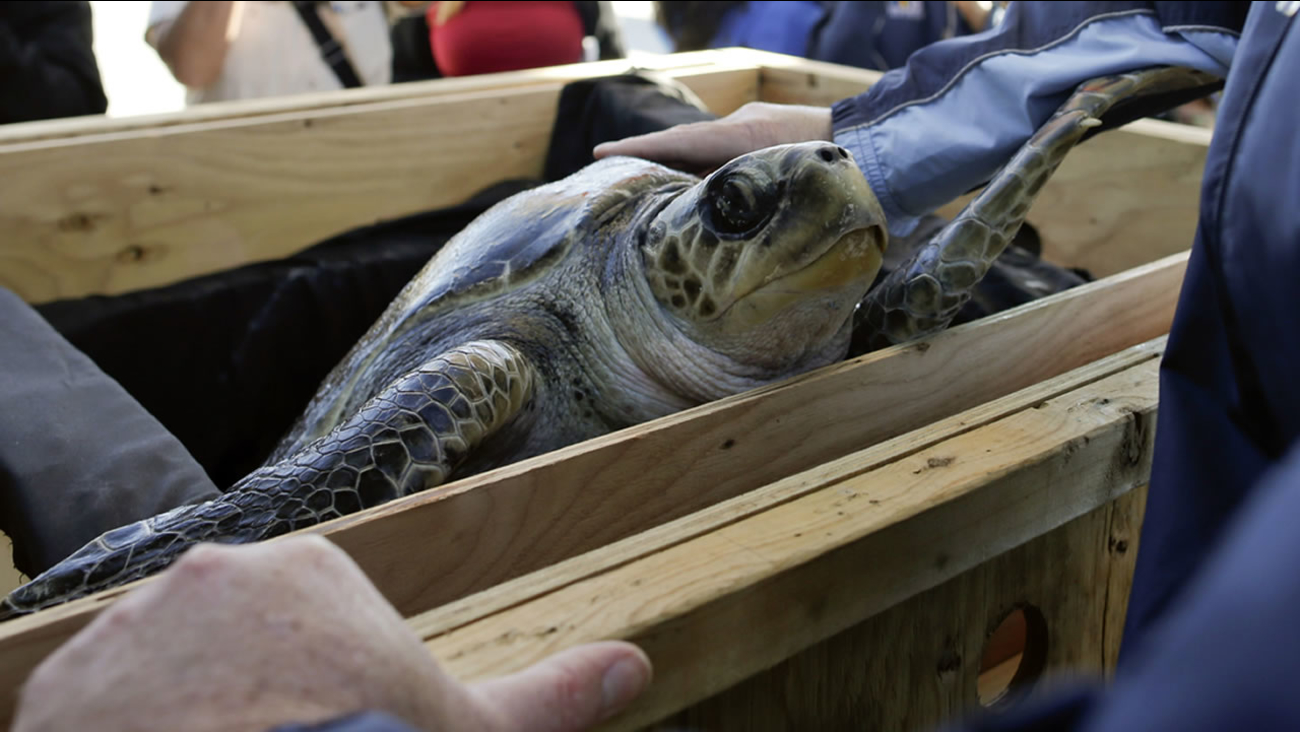 Solstice, a rescued endangered olive ridley sea turtle, looks out from a crate as she arrives to Tuesday, Feb. 24, 2015, in Coronado, Calif. (AP Photo/Gregory Bull)

SAN DIEGO (KGO) -- A sea turtle that was rescued off the Oregon coast is catching a ride back to San Diego on a Coast Guard training flight.

The turtle is named Solstice.

In December, Solstice was found dehydrated with a body temperature 15 degrees below normal.

It was one of half a dozen turtles caught in cold currents.

Solstice, an endangered olive ridley turtle, was taken to the Oregon Coast Aquarium in Newport.

It is being airlifted on a C-130 to finish her rehabilitation at SeaWorld in San Diego.