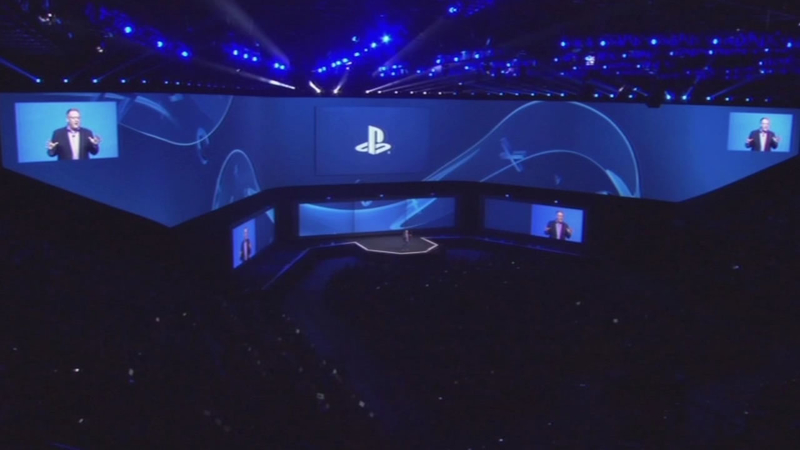 SAN FRANCISCO (KGO) -- A line formed outside a San Francisco movie theater Monday afternoon, but it wasn't for a hot new film. It's an event gamers have been waiting all year for.

If the portable game consoles weren't a giveaway, the signs will tell you. Everyone was lined up to watch a live broadcast of Sony's PlayStation event at the Electronic Entertainment Expo in Los Angeles.

"He can walk around the hologram, pan around for different viewpoints and even look inside," a Microsoft spokesperson said during the demonstration.

E3 is known for launching new games but Microsoft's biggest news out of the conference was about old games. Soon, you will be able to play old Xbox 360 games on the new Xbox One.

Wilson said Sony has some tricks of its own -- teasing new details about the virtual reality headset project Morpheus.

"Virtual reality sounds really cool. I'd be interested to grab one myself and test it out just to see what it's like," gamer Sebastian Lazcon said.

Now, perhaps the irony here is you didn't have to come to a theater to see Sony's big event. These press conferences are streamed live on pretty much every video game website on the planet.

But to the folks who came here and lined up, watching at home would be missing the point.

But some of the best energy at E3 was at the Nintendo World Championships.

If you're old enough, you might remember the first one.