A California disabled activist is pushing for awareness about a debilitating disease called spondylitis.

SAN FRANCISCO (KGO) -- A California disabled activist who has been front and center in the push for vaccine equity is lending their voice to an even larger cause, pushing for awareness about a debilitating disease called spondylitis.

Spondylitis causes inflammation of the spine and can cause extreme lower back pain.

"Every day is different. I don't know what it's going to be like when I wake up," said Charis Hill, who uses they/them pronouns.

The progressive disease only gets worse without intervention and treatment.

"Imagine the feeling of a broken bone, but it's your whole body," they said.

The full name of the disease is Ankylosing spondylitis, often shortened to spondylitis. It affects 1 in 100 Americans over the age of 18 years old or roughly 3.2 million people according to the Spondylitis Association of America.

That number is more than the Americans living with ALS (Lou Gehrig's disease), multiple sclerosis (MS), and rheumatic arthritis combined, but still so few people know about spondylitis.

"The current situation is not acceptable. The average is about 7 to 10 years of delayed diagnosis. So people are living in pain and fatigue," said Richard Howard, chief mission advancement officer, Spondylitis Association of America.

Hill also received a late diagnosis-more than a decade after symptoms began.

They weren't diagnosed with the disease until months after their 26th birthday, even though the pain started as early as 13 years old.

"My symptoms began when I was 13 or probably even younger, with knee pain that I thought were growing pains. I would cry myself to sleep at night. That pain progressed up my back to my hips and my low back all through middle school and high school and college," said Hill.

Despite Hill's father living with and dying by the disease, they were told it was unlikely they would develop the disease because Hill was assigned female at birth.

"The delay in making the diagnosis is substantial for men, but it's several years beyond if you're a woman," said Dr. James T. Rosenbaum, chair of the division of Arthritis Rheumatic Diseases at the Oregon Health and Science University.

"I'm on my fifth biologic and after eight years I have never had full symptom relief," said Hill.

Matsui (D-CA) introduced resolution to make it a reality in February and the Spondylitis Association of America is pushing for congress to adopt the measure.

"People will get an accurate diagnosis sooner, they start their treatments, whatever their effective management plan is, and then they have a better life," said Howard.

RELATED: Oscars 2021: Disabled performers, characters in the spotlight at this year's Academy Awards

Hill is hopeful the resolution will be passed so people living with the disease will no longer suffer in silence and have better treatment outcomes.

"I want my job to not have to exist anymore," said Hill, "My life goal is to make axial spondyloarthritis a household name."

Visit the Spondylitis Association of America's website to learn more about the signs and symptoms of spondylitis. 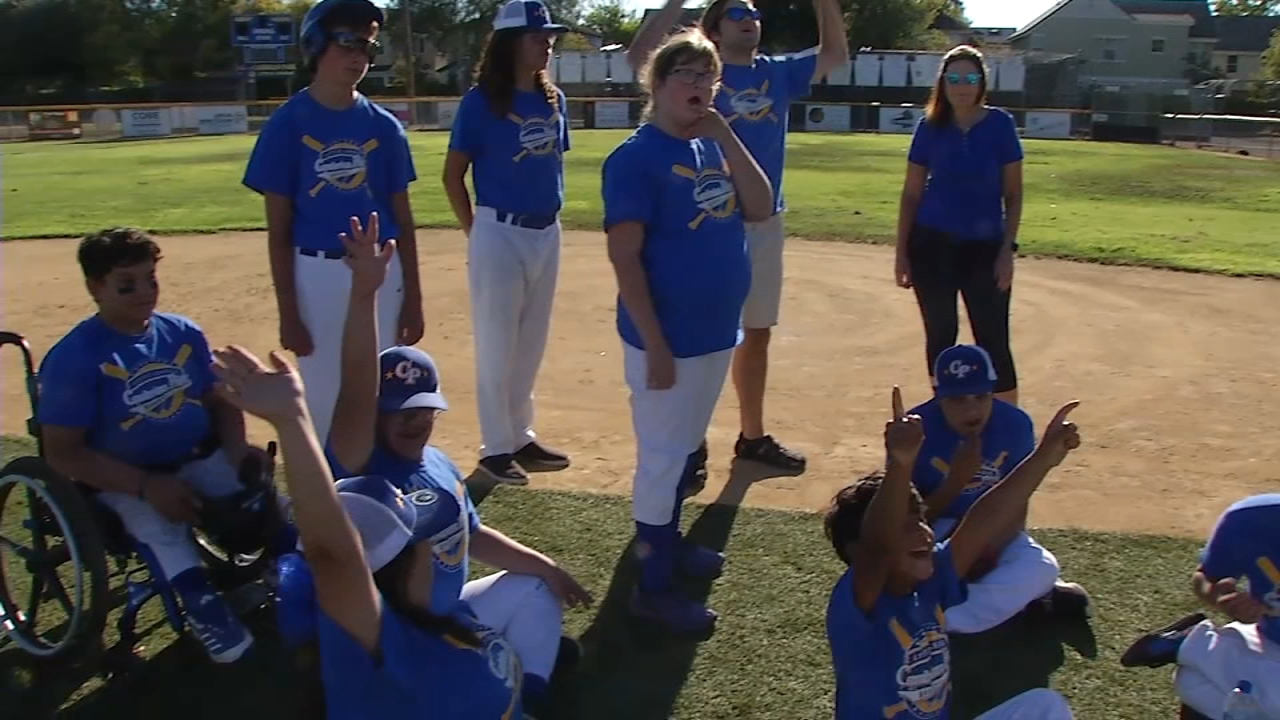