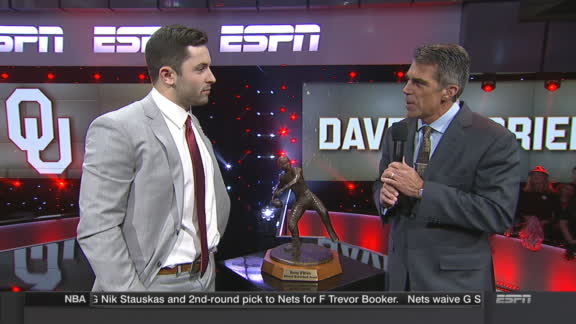 Davey O'Brien Award: Mayfield beat out Ohio State's J.T. Barrett and Oklahoma State's Mason Rudolph. Mayfield's win marks the fourth in Oklahoma history, tying BYU for most Davey O'Brien winners; Sam Bradford had previously won for the Sooners in 2008, and Jason White in 2003 and 2004. Mayfield's 129 career touchdown passes are second most in Big 12 history, five behind Graham Harrell's record of 134.

Lou Groza Award:Utah kicker Matt Gay won the Lou Groza Award, given to the top place-kicker. He beat out Utah State'sDominik Eberle andAuburn'sDaniel Carlson. Gay is the first Utah player to win the award and the third consecutive winner from the Pac-12.

Fred Biletnikoff Award:Oklahoma Statewide receiver James Washington won the Biletnikoff Award, given to the most outstanding receiver. He beat out Colorado State's Michael Gallup and West Virginia's David Sills V. Washington's 1,423 receiving yards rank first in the FBS, and he has gained at least 30 yards on 17 catches this season, three more than any other FBS player.

Doak Walker Award:Stanford running back Bryce Love won the Doak Walker Award, given to the top running back. He beat out Penn State's Saquon Barkley and Wisconsin's Jonathan Taylor. Love joins Toby Gerhart, who won in 2009, as the only Stanford players to claim the award. Love's 1,973 rushing yards rank second in the FBS in 2017. He trails only Christian McCaffrey (2,019 yards in 2015) for the most in a season in Stanford history.

Ray Guy Award: Texas punter Michael Dickson won the Ray Guy Award, given to the nation's top punter. He beat out Alabama's JK Scott and Utah's Mitch Wishnowsky. Dickson is the first Texas player to win the award, and the first from the Big 12 since 2008.

Outland Trophy:Houston defensive tackle Ed Oliver won the Outland Trophy, given to the best interior lineman. He beat outNotre Dameguard Quenton Nelson and Oklahoma offensive tackle Orlando Brown. Oliver is the first player in school history to win the award, and the first defensive player to win it since Pittsburgh's Aaron Donald in 2013.

Maxwell Award:Mayfield won the Maxwell Award for college football player of the year. He topped Love and Barkley. Mayfield is the third Sooner to win the award, joining Jason White (2004) and Tommy McDonald (1956). Mayfield, who was named the Associated Press Player of the Year, is also a favorite to win the Heisman Trophy. Mayfield is averaging 11.8 yards per attempt this season, on pace to break the FBS single-season record of 11.1 yards per attempt (min. 15 attempts per team game) he set last season.

Scott Frost, who will helm the Nebraska Cornhuskers next season, was named the Home Depot Coach of the Year after leading UCF to a 12-0 record and the American Athletic title.

Mayfield won the Walter Camp Award, given to the player of the year.

Georgia's Roquan Smith won the Butkus Award, given to the best linebacker. NC State's Chubb won the Bronko Nagurski Award for top defensive player, an award voted on by the Football Writers Association of America. 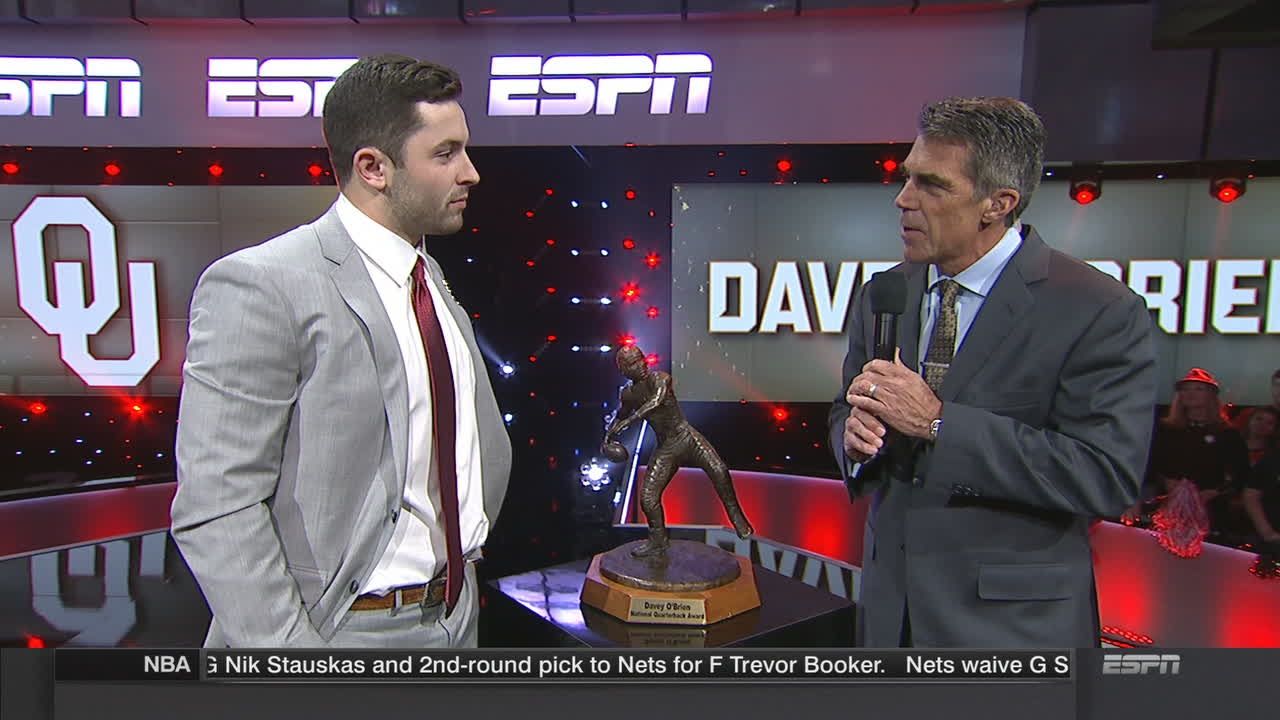 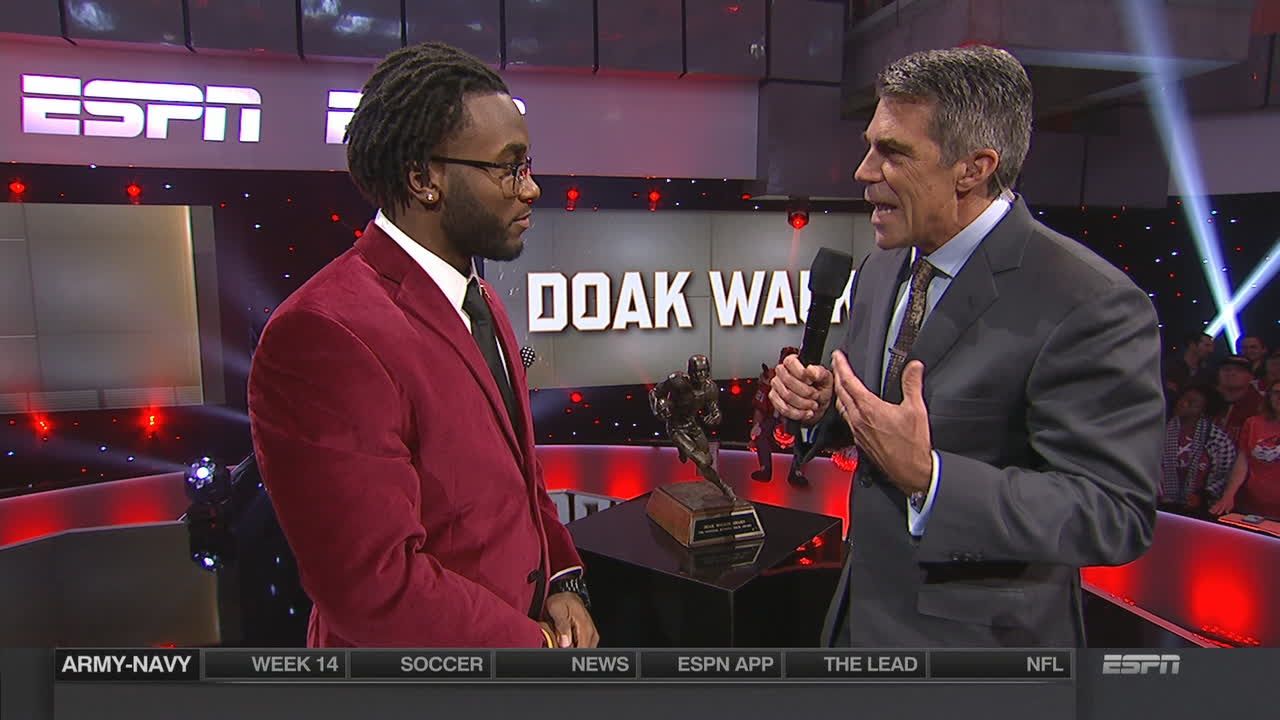