NEW YORK -- Yogi Berra, the New York Yankees All-Star catcher who became as famed for his humorous adages as his athletic prowess, died Tuesday, the Yogi Berra Museum reported. He was 90.

"It is with heavy hearts that we share the news that Yogi Berra passed away Tuesday night at the age of 90," the museum wrote in a statement.

PHOTOS: Yogi Berra Through the Years 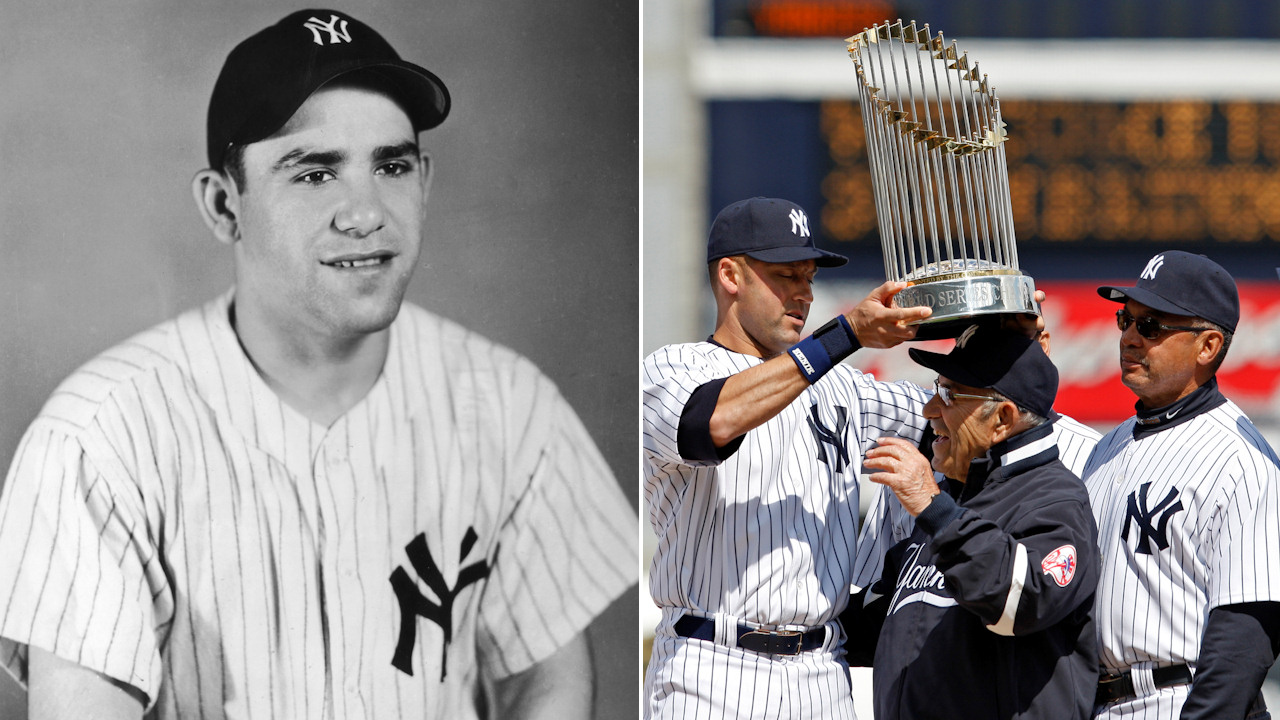 PHOTOS: Yogi Berra through the years
Baseball icon Yogi Berra passed away Sept. 22 at the age of 90. Here's a lookback at his life and his career in photos.

We mourn the passing of Yankees icon and Hall of Famer Yogi Berra. pic.twitter.com/60mwHGj33R

We are deeply saddened by the loss of a Yankees legend and American hero, Yogi Berra. pic.twitter.com/Bf8uXxUPzR

The legendary athlete was one of the most beloved competitors of our time -- his kindness, humility and good humor complemented his gifts on the baseball diamond. Some of Berra's famous quotes, such as "It ain't over 'til it's over," became timeless and are still repeated today.

Berra played on 14 pennant-winning and 10 World Championship teams -- more than any other player in baseball history.

A notorious bad-ball hitter, Berra was a constant threat offensively, particularly with men on base. His offensive highlights include setting the career home-run record for American League catchers and topping the 100 RBI mark four years in a row.

Born Lawrence Peter Berra on May 12, 1925, the Yankees catcher grew up in the Italian district of St. Louis. He was nicknamed Yogi by childhood friends who, when watching a movie, noted Berra's resemblance to a Hindu practicing yoga.

An athlete at heart, Berra played softball, baseball, soccer, football and roller hockey as a boy.

He first played organized baseball with a YMCA team in his hometown and later played American Legion baseball. In 1942, he turned down a $250 offer from the St. Louis Cardinals because he was insulted he didn't get the same $500 offer given to Joe Garagiola. He signed with the Yankees a year later.

Berra was ambidextrous, batting left-handed and throwing right-handed. He spent one season in the Yankees minor leagues, but after turning 18 in 1943 he spent three years in the Navy.

Yogi Berra with wife Carmen in 1949. See more photos from his first years in the @MLB: http://t.co/FIYhMobPan pic.twitter.com/R4tuw7ltgq

In 1946, after World War II, Berra exchanged his Navy uniform for baseball pinstripes. He came up to the major-league Yankees toward the end of the 1946 season and was the regular catcher through 1963.

He wasn't a star catcher, at first. In fact, he played mostly in the outfield until 1949 because his catching was inconsistent.

With the help of Yankees' great Bill Dickey, he became a star behind the plate. He caught two no-hitters by Allie Reynolds in 1951 and Don Larsen's perfect game in the 1956 World Series.
He went on to become a 15-time All-Star, winning the American League MVP three times, in 1951, 1954 and 1955.

He holds numerous World Series records, including most games by a catcher, 75.

After retiring as a player, Berra became a manager for the Yankees in 1964. He was fired after leading the Bronx Bombers to a pennant win, but losing the World Series.

In 1983, he was once again made manager of the Yankees but was fired during the 1985 season by Yankees owner George Steinbrenner. This left a deep rift between the two, and it wasn't until Steinbrenner's heartfelt apology to Berra in 1999 that he returned to Yankees Stadium.

In 1986, Berra signed on as a coach with the Houston Astros and remained with them until his retirement in 1992.

He was elected to the Baseball Hall of Fame in 1972 and was a member of Major League Baseball's All-Century Team.